Production No. 11: Jyothika wraps up another film! 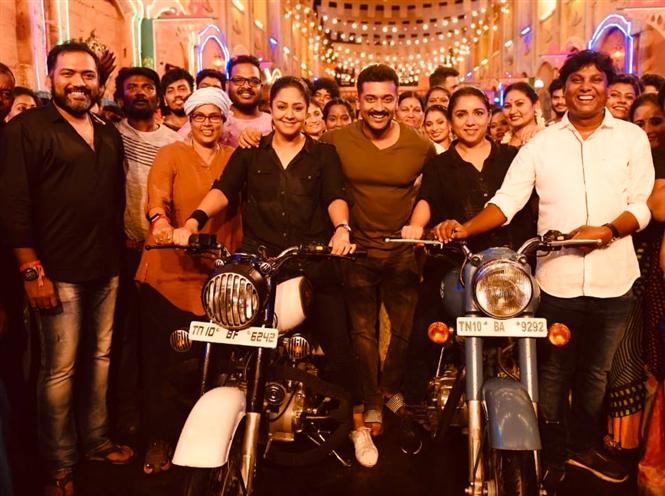 Jyothika who was last seen in KaatrinMozhi, awaits the release of her completed film with debut director Raj and Dream Warrior Picutres. Now, the actress who started her women-centric family entertainer with Revathi a few days ago has wrapped shooting for this film as well.

The movie which is tentatively referred to as Production No. 11 is directed by Gulebagavali-fame Kalyan and the crew has wrapped shooting in just 35 days. Produced by Suriya's 2D Entertainment, the film also stars Yogi Babu, Anandaraj, Mansoor Ali Khan, Motta Rajendran and Jagan among others.

The technical crew of this film includes R.S. Anandakumar for cinematograhy and Vishal Chandrasekhar for music.