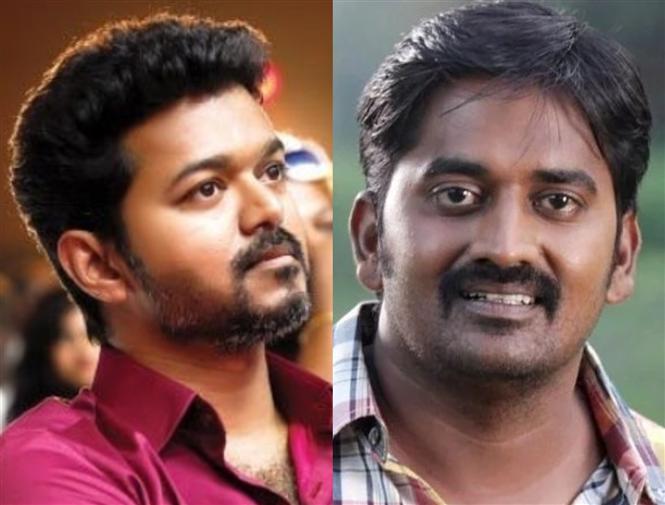 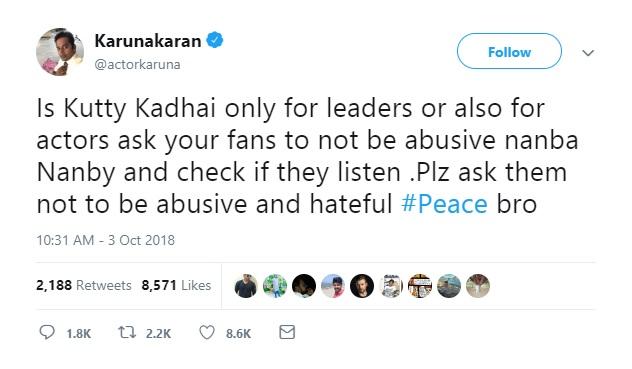 This lead to a tiff between the actor and fans of Vijay which went to the extent of online abuse and Karunakaran had this to say before moving on to another topic. 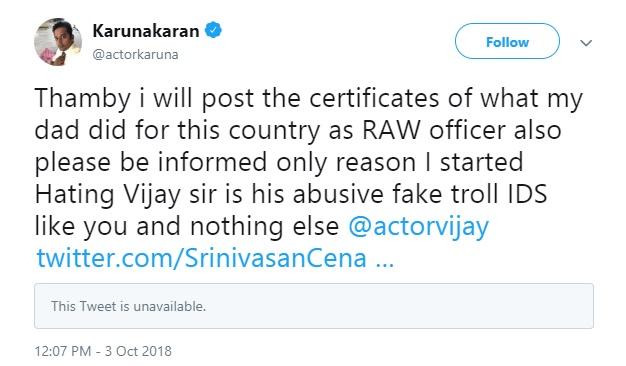 Now, after months the actor has tweeted saying that he regrets using the word 'hate' for Vijay and has apologized for causing any hurt on social media.