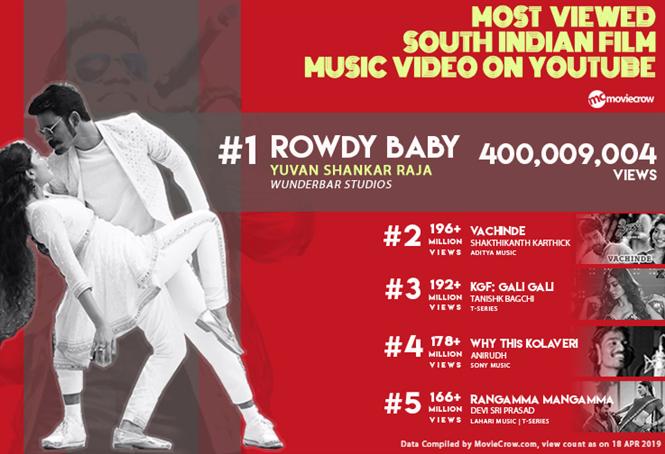 To say that Yuvan Shankar Raja composed Rowdy Baby has risen to the prominence of 'a phenomenon' would be an understatement, for the song continues to be unstoppable in terms of breaking records even after months of release. Firstly the song was liked for its peppy tune which then went on to become one of the most popular compositions of Yuvan.

Then the audience got to see its visuals in the film Maari 2, which left everyone raving about Prabhu Deva's mesmerzing choreography and Sai Pallavi's impeccable dancing skills. This impacted a record breaking versions of the dance number on TikTok and a staggering 7 million views within 24 hours of its YouTube release. 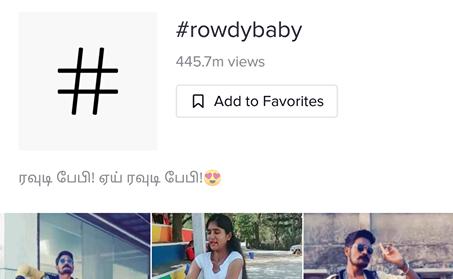 Now, the song is one of the highly viewed videos in the country (ranks 11th in the YouTube Indian film music videos with most views) and holds the top position among the Tamil and South Indian music videos. 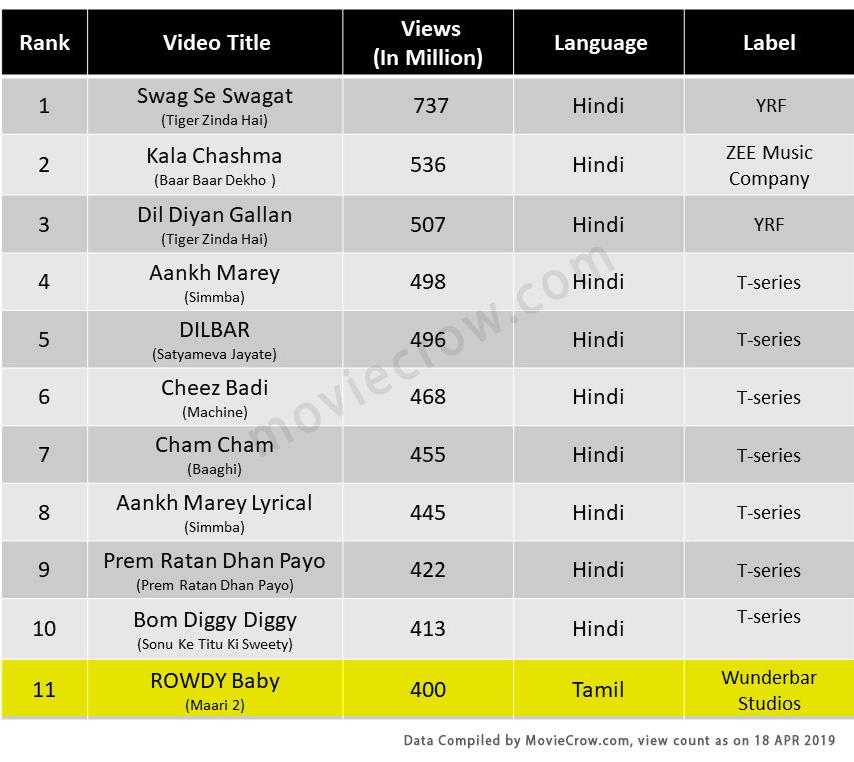 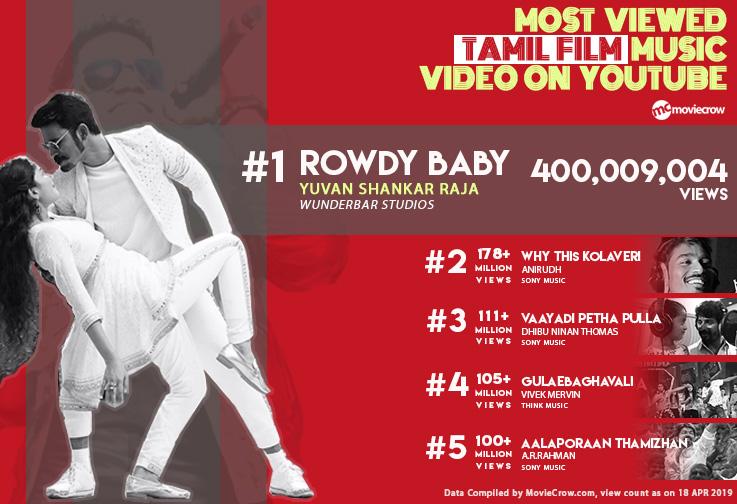 What makes it even more interesting is that Dhanush who penned, lent his vocals and produced Rowdy Baby besides matching steps in it, has befittingly replaced his own viral song Kolaveri Di as the most sensational number in Tamil cinema's bygone decade.

With a whopping 400 million views and a popularity that makes celebrity couples groove to the number (Case in point, Arya and Sayyesha's viral clip from their wedding ceremony) or its lines being used for election campaigns (reference below), Rowdy Baby has achieved a feat that very few South cinema related videos have done in the past.