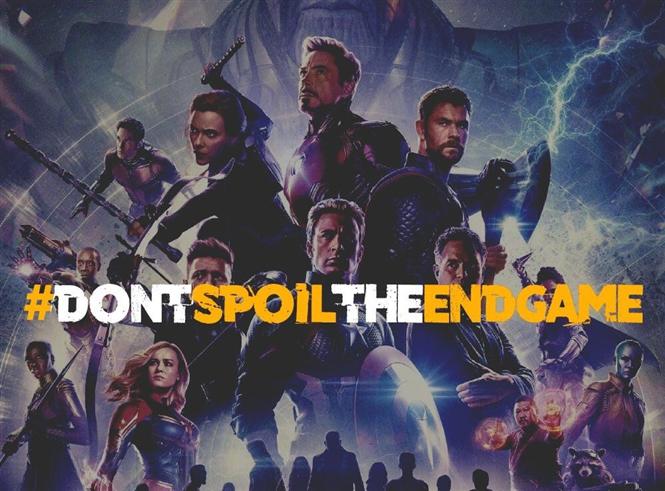 Despite an un-penetrable veil of secrecy around Marvel's Avengers: Endgame, phone-captured versions of the film were leaked online much to the fans' and makers' dismay.  Important moments from the film were revealed, confirming some fan theories as well.

This lead fans of MCU to come out and express their plight and at the same time take a pledge to not spoil the film for others. Some of their reactions post this unfortunate incident are listed here:

Someone's about to get dusted with all these #AvengersEndgame leaks.

Guys we need to get off of Twitter for the next 11 days. Massive leaks for Avengers: Endgame are on this site!!! This will be my final post for a while until the movie is out. See ya on April 27th.

With the apparent Avengers: Endgame leaks, I’m staying off of Twitter, Facebook, & Instagram until I see the movie. Mainly going to just post updates but not scroll through my feeds. See ya’ll on the flipside. pic.twitter.com/NGxDRTcMFa

Dr. Strange watched #AvengersEndGame 14 million & 605 times with different plots & he didn't spoil any single one of them. Be like doctor strange.

Marvel fandom @ everyone who is sharing the Endgame leak #AvengersEndgame pic.twitter.com/5dsnoZFimD

Spoiling the Endgame won’t make you look cool. Those who spoil and cannot apprehend the sanctity of the movie are douchebags smh 🙄#DontSpoilTheEndgame

Some of us have been waiting a long time for this movie, it has a very special connection with us, so please #DontSpoilTheEndgame pic.twitter.com/aE1ZhZzPGF

I'll personally be blocking and/of unfollowing anybody who spoils Endgame for me.

Please don’t spoil endgame guys
We’ve been waiting 11 years since iron man and watched 20+ films to get to this moment so don’t ruin it for us #endgame #Endgamespoilers #DontSpoilTheEndgame pic.twitter.com/CenLUDPqN9

For God's sake, it's only nine days left. No spoiler, please 😔 #DontSpoilTheEndgame pic.twitter.com/dFHFPwFUx3

Avengers: Endgame releases on April 26 in India and is expected to might mark the departure of two of its biggest superheroes Iron Man and Captain America. There has been no official confirmation on the same though.