Uriyadi 2 Review - Brims with anger but takes the easy route! 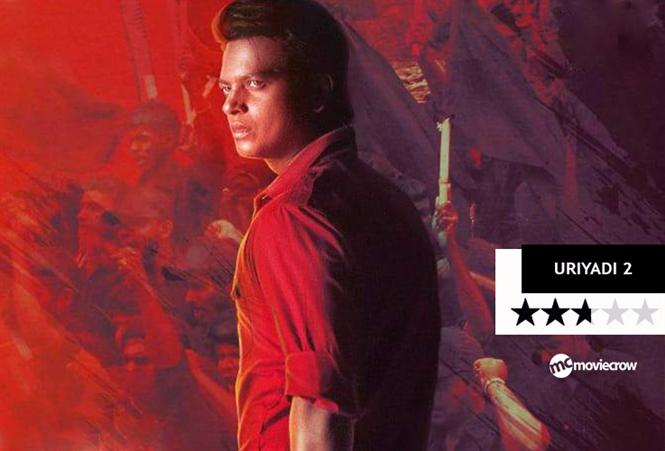 Uriyadi 2 - Brims with anger but takes the easy route !

Uriyadi was a gritty little film that made you take notice of Vijaykumar. Even if you were someone who did not get the kind of politics that the film was speaking, it still worked as a solid revenge thriller. Uriyadi 2 follows a similar template but the scale is larger and the focus is more on showcasing Vijaykumar's anger on the injustice around.

The film makes a lively start as we get introduced to the protagonist Lenin Vijay ( Vijaykumar), his family and friends. I am not very sure about the love track though. It takes a bit of screentime including a song. Though it doesn't put you off, it isn't very interesting as well. It isn't bad per se but when it actually is not contributing much to the central conflict, you wonder at the need of it.

The film is basically about how corrupt industrialists in tandem with power hungry politicians hardly think twice before putting the lives of the public in danger. The pre interval stretch that keeps building up on an impending danger is nicely done. This is probably the best portion of the film where there is some genuine tension and competent filmmaking at display. Soon the film turns into a sort of a vehicle for the director to vent out his anger. It is of course a filmmaker's prerogative to do what he wants to do with the medium at his disposal and Vijaykumar in one of his recent interviews did say that Uriyadi 2 is less about craft and more about reflecting the injustice that people encounter. But when the filmmaker was able to balance both in his debut, you wonder as to why did he opt for such a narration here. Since he has taken a very relevant and burning issue we are able to connect to it instantly and the intensity is felt. But again the closure is too cinematic and easy. The revenge portions in the first part were thrilling but over here it actually is a damp squib saved solely by the pulsating 'Thathagida' score. The dialogues are powerful and resonate with you. But again they work more like bullet points and less like an outcome from the happenings on screen.

Uriyadi 2 is a bold film that makes a scathing attack on politicians. The earnest intention is evident throughout and it reflects our anger on screen. But as a cinema or narrative it doesn't aim high enough. 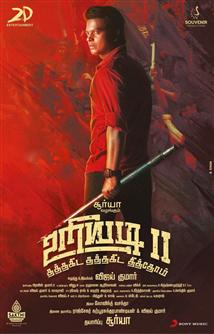