A second teaser from Santhanam's upcoming horror comedy Dhilluku Dhuddu 2 has been released and it has references of famous dialogues from Petta and Viswasam.

The film also stars Deepti Sati, Rajendran, Urvashi, Bipin among others while Santhanam has produced it under his home banner Handmade Films. 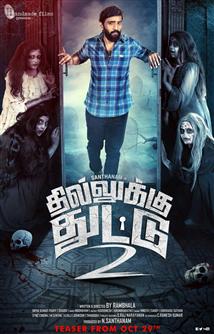