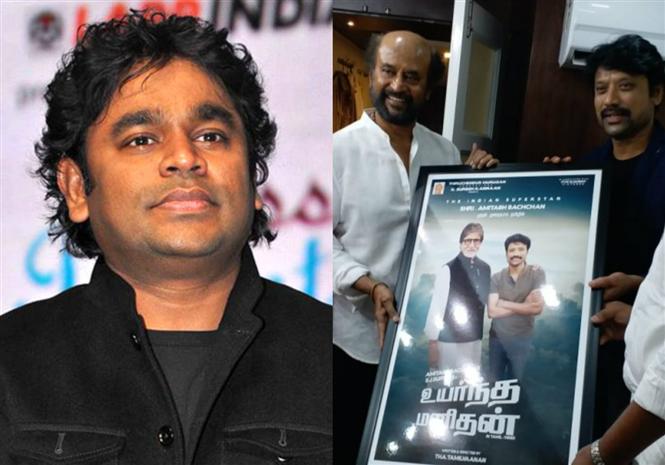 After hinting his fans about an 'earth-shattering' announcement, actor-director SJ Suryah revealed through a press-meet yesterday that he will be starring alongside Amitabh Bachchan in a film titled Uyarndha Manithan. Now, sources-in-the-know-how suggest that since the film is being made in Tamil and Hindi, makers are keen on roping in A.R. Rahman for music and that there is a high possibility of an official announcement soon.
Given this and director of the film, Tamilvanan's claim yesterday that he will be revealing the cast and crew of the film sooner than expected, we cannot help but wonder of the crew is indeed waiting to make things official with the Oscar winning composer.
Named after a 1968 Sivaji drama of the same name, Uyarndha Manithan is produced by Tiruchendur Productions and will be Bachchan senior's second Tamil venture after Ajith, Vikram starrer Ullaasam that he produced in 1997. The movie will be the first as an actor for Amitabh in Tamil and SJ Suryah in Hindi.

Feeling blessed my hindi debut is with the ever green Indian super star @SrBachchan ... thx to God and UYARNDHA MANIDHAN ( tamil/ hindi ) bilingual 😍😍😍🙏🙏🙏.... thx to our super star @rajinikanth blessing us with this welcoming video .... yepdi news chumma adirudulla 😉🤗 pic.twitter.com/SKKQAMBKJp 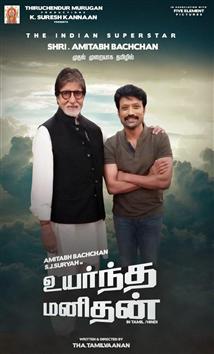