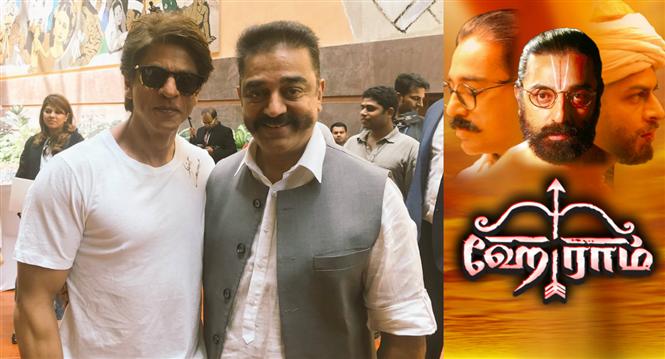 Kamal Haasan’s ambitious film on the assassination of Mahatma Gandhi ‘Hey Ram’ hit the screens in 2000. The film was embroiled in controversy even before its release. Written and directed by Kamal Haasan, the film featured an ensemble cast of Shah Rukh Khan,  Rani Mukerji, Hema Malini, Abbas, Girish Karnad, Vasundhara Das, Nasseruddin Shah among others.

According to latest reports, Bollywood superstar Shah Rukh Khan has acquired the Hindi remake rights of Hey Ram. Kamal Haasan has confirmed the news to a daily newspaper in which he has was quoted saying, "Shah Rukh only got a wristwatch for acting in my film at the time because, by the end of it, I had nothing left in hand. Now, he is the brand ambassador for a watch brand. I am glad that he got the Hindi rights of Hey Ram from Bharat bhai (co-producer Bharat Shah). He should have some memory of the film as he gave his friendship and service for it."

Considered to be the magnum opus of Kamal Hassan's career, 'Hey Ram' was released on February 16, 2000. Set with the backdrop of Bengal's partition, the story revolves around the protagonist Saket Ram's journey from religious hatred to love. This movie faced the ire of several outfits who felt that the film showed Gandhi in a bad light. 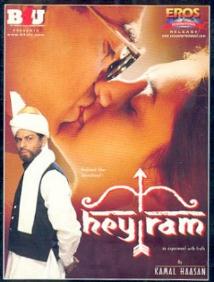