Anirudh is all excited about the audio launch of his second film ‘Ethir Neechal’ which is set to happen on December 14.  Anirudh has teamed up with Dhanush again after delivering a chartbuster album in his debut film ‘3’.  Sony has bagged the audio rights of Ethir Neechal for a whopping price. Sony Music is confident that the 'Kolaveri' combo is sure to strike again and is said to have made a 1 crore deal expecting another Kolaveri. The making audio of the film released recently has received good response and the audience are eagerly waiting for this album.

Ethir Neechal starring Siva Karthikeyan, Priya Anand and Nandita of ‘Attakathi’ fame is directed by Senthil, a former associate of Vetrimaran. The film is produced by Dhanush’s ‘Wunderbar Films’. Here goes the complete track list of the album! 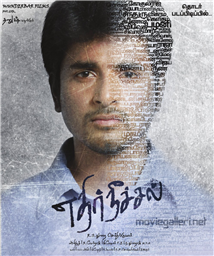