Aanandam Review - As pleasant as it gets 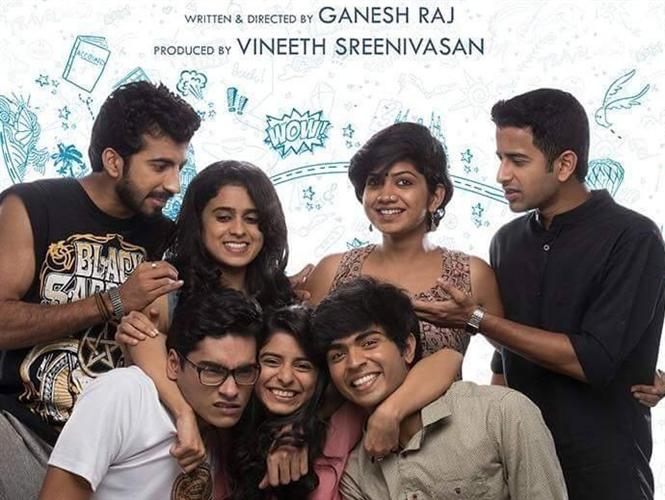 Aanandam Review - As pleasant as it gets

Featuring a bunch of newcomers and helmed by a debutant, Aanandam is one of those movie watching experiences that makes you thank the cinematic medium. Beautifully crafted and visually enchanting, this is a simple coming of age story of a few teenagers who are on a four day trip.

It takes a few minutes for you to get into the film as the cast is quite raw. But this rawness and the complete absence of even an iota of artificiality in the acting is what makes Aanandam such a heartwarming experience.What we see on screen are real people. They behave like real people and most importantly they look like the average college goer and not those girls and boys who just made their way into the sets from a rampwalk on stage. So when Thomas Matthew who plays Akshay looks ill at ease at a few occasions it really comes across as the diffident nature of Akshay. A seasoned actor in his place and you would probably be applauding the performance but what you get here is priceless - 'realness'.

Infatuation, crush, love or whatever you call it - Aanandam lends the sort of dignity that is quite often brushed aside in mainstream cinema. A relationship has got to be mutual and when there is a clear sign of disapproval from one side then walking away is the best thing to do. The boys in the film want to be with their girls. They do not want to get their girls. There is a huge difference between the two and the latter is what most films propagate as love. With stalking being such a hot topic these days, this is one of the reasons why Aanandam is such an important film. Not that the film eschews from showing the pain of unrequited love.There is Varun whose love has been turned down. You can sense his pain. There is this tinge of sadness in his eyes that is hard to miss. Things only become harder when the girl is always in close vicinity and more so when she finds her love elsewhere. But 'letting go' is probably also a part of love. Aanandam deals with all these without much fuss and lecturing.

The film does try to sprinkle few thoughts of wisdom but it is all on the go. When Nivin Pauly (in a cameo) advises his brother not to loose out on the present as you cannot recreate lost time it does not come across as an empty philosophical line.The character means it and the yearning is very apparent. It is not a lazy cameo that is written to get the crowds hooting but very much another character that makes an impact on the tale. There is even some foreshadowing earlier on with respect to this character.

Through his visuals, Anend C. Chandran takes us on a trip as well. Be it Hampi or Goa the serenity, calmness and ecstasy of the geography is very much palpable. It is not like we get a bird's eye-view but we are pretty much there in these places along with the characters.

Aanandam is one of those films which makes you think it would not really hurt if the film went on and on.

Aanandam is currently rated 65% at MC. Post your rating and review for Aanandam here 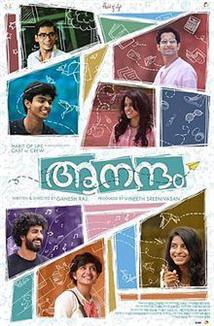