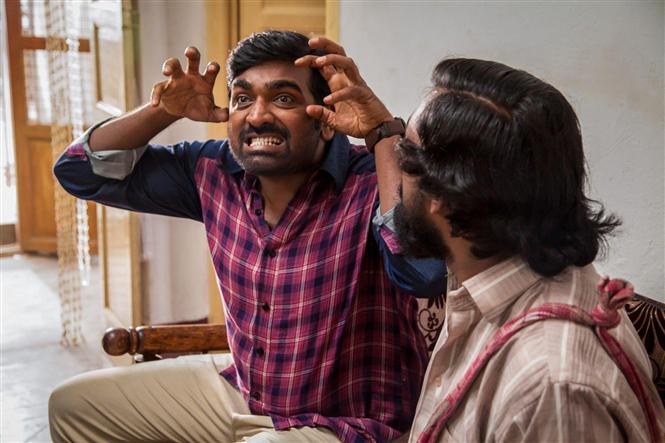 Sometimes the best of things are extremely low key and simple. Manikanadan certainly seems to be one of the best in his business at the moment. Somehow his movies are not generating the kind of hype that some of the films of his counterparts do. Possibly it is a conscious decision to remain low key given that he had in his recent interviews stated that Kuttrame Thandanai was made for a specific audience. So we have a maker who does not want to oversell his product. 'Sell' might not be the appropriate word here for a creator. In  fact in a scene in this film Nasser who plays an acting instructor says that he keeps himself away from the economics as it might take away the creator from him.

What starts in a lie and ends up in a mountain has always been the crux of most comedies. Aandavan Kattalai is also one such story and it happens to discuss a very important and pertinent topic.


This third film of Manikandan is poles apart from his earlier two films which themselves were poles apart from each other. But akin to Kaaka Muttai this certainly is more mainstream but not with the typical compromises we would associate with such a venture.The credits roll in retro style, the type of credits you would see in a 70s or 80s potboiler. I could not get the reasoning behind this (was it a self troll on the title given to it's lead actor - Makkal Selvan) and also the title Aandavan Kattalai. The movie opens with two friends in a cycle. The type of conversation they strike up immediately lights you up.And they are actualy not discussing anything but it is just plain  talk, the type you might have had with your friend on your way to the theatre. In a matter of minutes we get into the  world of Gandhi (Vijay Sethupathy) and Pandi ( an excellent Yogi Babu) and their ignorance in trying to get into a foreign land to make quick money. What follows is almost an hour of rollicking fun. Yogi Babu is the star of this stretch with everyone around him chipping in as well. The comedy in these portions walks the line between overstated buffoonery and subtle underplay. It is exactly the type that would cater to those who enjoy both these extremes and in a way this is actually an effort to bridge this gap or to slowly get the audience who usually enjoy the insult or counter comedy to laugh at these more grounded scenes.


The striking aspect of Manikandan's films is that we are very much into the action and not watching as an outsider. Aandavan Kattalai is no different. The cast is a major reason for this.The actor playing the SriLankan Tamil is very good. Only Ritika Singh did seem a little out of place. She does reflect the emotions that she wants to convey but there is this constant question at the back of your mind "Is she the one for this role?".The best aspect of Aandavan Kattalai is the way it eschews melodrama. Quite a few serious scenes are out there in the film that touches very sensitive and important issues. You feel the pain but it is all beautifully understated. The way Yogi Babu's character behaves in the later half shows the kind of filmmaker Manikandan is. He lets you to get to feel everything he wants to but never underlines anything.Vijay Sethupathy does deserve a pat on his back for choosing to be part of these films in an industry where being a star could mean the most to many. It is also quite evident that he enjoys playing these roles and be amidst people who love cinema.

K's score is another reason to catch up with Aandavan Kattalai. He too toes the line of his director. The score accentuates many a scene without actually calling for attention.

Another sweet little film from Manikandan. He does know how to make these message films without being preachy. 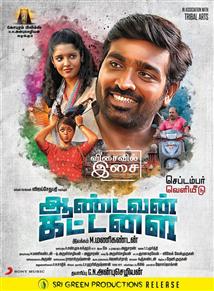