Vetrivel Review - In The Safe Zone 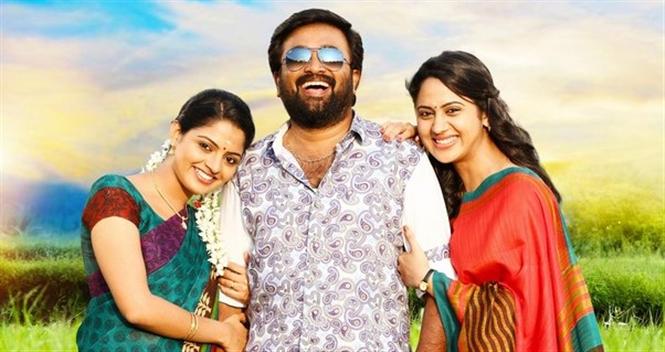 Vetrivel Review – In The Safe Zone

Sasikumar has been an enigma in a peculiar way. For someone who made heads turn with his directorial debut he has only made 2 films in 8 years. More surprising is the clear demarcation between the films he makes and the films that he acts in. If you leave out Subramaniapuram (under his own direction) and Thaara Thappattai (under his mentor Bala) all the films that he has starred in try to reach out to the masses. And he did successfully reach out to them before a minor hiccup with Brahman. With Vetrivel he returns to his stronghold or in other words he returns to play the type of role that the audience have sort of accepted him to.

A brother goes all out to make sure his sibling wins his lady love.

Not sure if we can call it refined acting but there is definitely something about Sasikumar the actor that clicks. Here too that ‘something’ works out. A few minutes into the film we have an opening song for our hero. At a time when Vijay and Ajith seem to get right into the act without much fuss we are made to wait to get a complete glimpse of our man. First he is shown from the back, then we get to see his eyes and finally he seems gracious enough to let the cameraman get a sight of his face. What follows is a song and dance routine that is tough to imitate. But things soon fall in place after the song. Sasi does what he is best at. Poker faced comedy and a certain lighthearted attitude to seemingly alarming situations. As said earlier you cannot really point out what is likeable about his performance but the fact is it does strike a chord. The cast of Vetrivel is very good. Be it Prabhu as the dignified village head, Illavarasu as someone with immense self-respect, Thambi Ramiah providing some amusement, Viji as the scheming villain, Ananth Nag as Sasi’s brother and the leading ladies (Mia George in an almost extended cameo) of the film. Each one is very good.

Debutant Vasanthamani has played it safe by picking a plot that suits Sasikumar to a T. But safe does not easily mean successful. A lot of things need to be done right and Vetrivel does get this balance right. It surely follows a template and keeps reminding you of the actor’s earlier films. The makers too are aware of this and they even have a cameo from the ‘Nadodigal team’ that is crucial to the proceedings. The light-heartedness in the first half works. The jokes about Thambi Ramiah’s inability to perform in bed are sometimes a little distasteful and too repetitive. But the actor makes it work with his antics. The slightly serious second half holds no big surprises or turns but things move briskly. The biggest surprise in the film however is the underplay of melodrama. Revolving around revenge, backstabbing, family feud and caste feelings, a lot of credit needs to be given to Vasanthamani for making things work but never going overboard.

Nothing novel or ground breaking which every film need not do. Vetrivel gets its basics right and has Sasikumar back in his safe zone and the film is bound to work with its target audience.