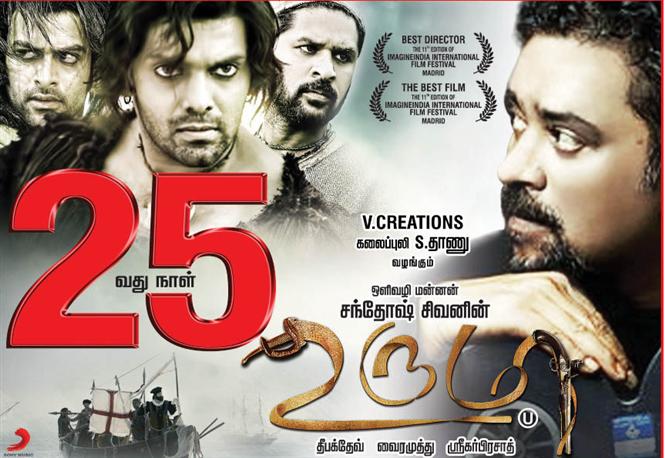 Urumi completes 25 days today. The movie was acclaimed for its superior technical value. But, the script and screenplay were criticized for not being able to hold the audience attention till the end. Despite having a bevy of stars including Prithvi, Arya, Prabhu Deva, Genelia, Vidya Balan, Tabu, Nithya menon and many others, the movie was able to collect only average revenue.

Kalaipuli Dhaanu(Thuppakki producer) played a key role in releasing the movie in Tamil. Thanks to Vijay and his fans' patronage for the Thuppakki cameraman, which helped get an opening. 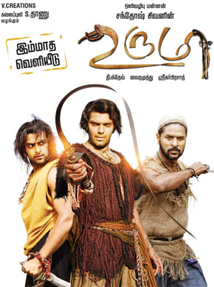