Maya Review - Scares that are worth getting scared of 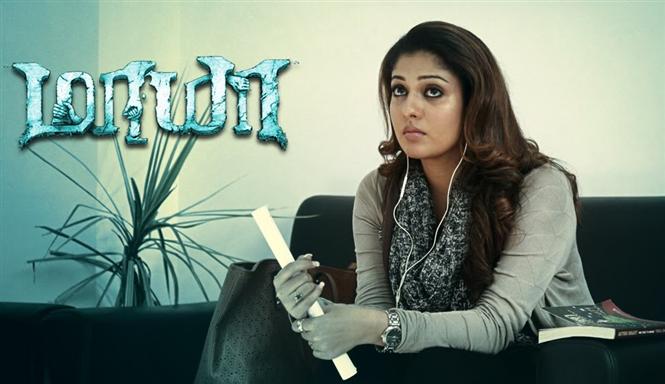 ­Maya Review - Scares that are worth getting scared of

In the recent past, there have been few well-made meta movies and also some widely appreciated horror films. Newcomer Ashwin Saravanan’s Maya is a valiant attempt at combining both these success formulae.  It is surprising and heartening to see Ashwin Saravanan not follow the footsteps of loud and so-called comedy horror films. Check out why  this movie stands out.

The movie revolves around Apsara (Nayanthara), a struggling actress who finds it hard to make ends meet with her baby. Being separated from her husband and having debts that need to be settled, Apsara takes a daring decision that changes her life.

Nayanthara proves that she is capable of much more than what she does in most of the films with leading heroes.  The screenplay demands her to be calm and composed throughout, and it is a cakewalk for her. Watch out for the close-up shots where she emotes flawlessly.

The director must be lauded for casting lesser-known actors like Aari, Lakshmi Priyaa and Amzath Khan in important roles. This has helped a great deal in keeping the screenplay unpredictable, thanks to their unassuming characterizations.

Rohan Yohan’s music and Sathyan Sooryan’s cinematography have played significant roles in sending consistent chills to the audience. The background score is quite apt to the proceedings and sets a haunting mood. Sathyan Sooryan has done a commendable job as his camera has traversed effortlessly through the forests and managed to capture the emotions under minimal lighting conditions. Editor TS Suresh’s seamless cuts, especially in the second half, maintain the momentum of the film and keep the screenplay unperplexing.

Ashwin Saravanan’s screenplay is almost watertight sans any nonsense and frills. Kudos to the director for sticking strictly to the central plot, without trying to play safe by inducing elements like comedy, needless songs, etc.  The scares in the movie aren’t something we have never witnessed previously, but they stand out due to riveting execution.

The director has intelligently used different colour tones to distinguish sequences, which one could appreciate after watching the film. On the flip side, if some of the sequences in the first half had been cut short, the movie might have made a bigger impact. Nevertheless, watch the film for an undiluted horror experience.

Maya stands tall with its distinctive approach to horror, and the scares in the movie are worth getting scared of.  Watch Maya for some top-notch horrifying moments that will make you half-close your eyes. 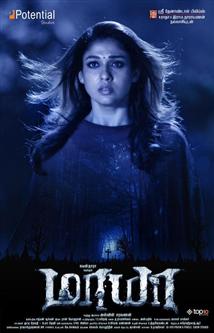