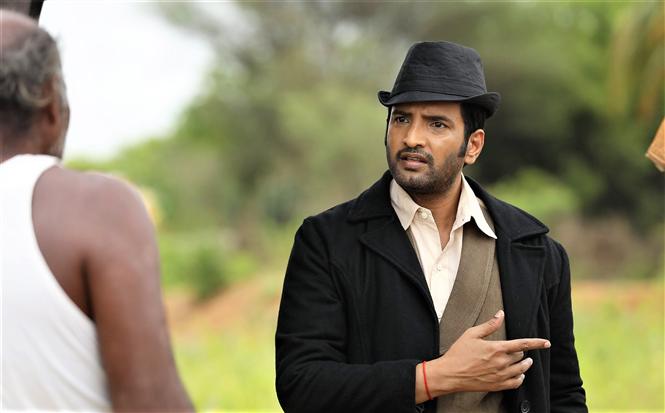 Santhanam is a local detective who is eagerly wanting to prove his mettle. He finally lands on a challenging case; where it takes him and how he solves the maze at the end forms the story.

The crime is a very important factor of a thriller, the film hits a century on that note as it’s very unique. The path in which the hero unfolds the mystery was interesting and entertaining at the same time, in the original. Here, there is scope for achieving the same, but the essence is brought to several notches down as the way the content has been conceived is poor. There’s a beautiful mother sentiment knot that ties to the core at the end, but that’s only on paper, the factor is excessively stretched, extremely melodramatic and even becomes intolerable after a point on the screen. The screenplay lacks focus as at places it arises a doubt whether we are in for an investigation thriller or an emotional drama. Such weak and lethargic directorial skills, which is evident in the pointless opening segment. The changes made are nothing but misfire, and exhibits how cheap the writing is. It’s a colossal mess in terms of comedy, dialogues are ridiculously dumb with terrible jokes. The silent sequence in the rolling title at the end is a sensible one. Apart from a few moments, the flow struggles to grab the viewers’ attention.

Thought-wise, Santhanam seems to be the right fit for the quirky detective role but he has miserably failed to do justice. His body language and dialogue delivery are hardly unique from his previous works, just the help from the costume stylist was not enough. Riya Suman looks so cute and pretty, but the most important skill is acting and it’s missing here. The usual irritations are present, Vijay TV Pugazh as usual exaggerates, there’s a trick to handle Redin Kingsley and it’s not done right.

Thankfully the film has only one (sad montage) song and it isn’t any impactful. The sounds in the background score at some stretches are relevant, but can’t ignore the fact that most of them were repetitively used throughout the movie. Tacky camera work, many bad close up frames and night shots are uninteresting and not even clearly visible. Thoughtful transition shots used by the editor from one scene to another, but he backfires with the basics, scene orders are random and many sequences felt like chops with improper head and tail.

A remake that’s neither faithful to the original nor to adapted language. Already when everything seems so dull in the flick, the changes made spoils the show further. 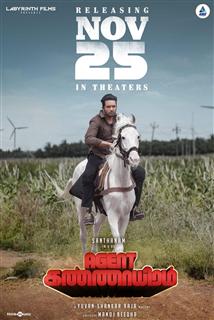