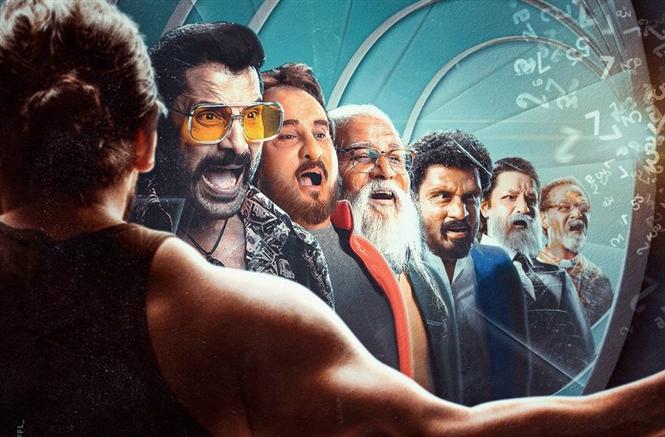 Introduction: Cobra is an action thriller starring Vikram and Srinidhi Shetty of KGF fame in the lead roles. It’s directed by Ajay Gnanamuthu whose previous blockbuster movies were Demonte Colony and Imaikka Nodigal. The music is scored by A.R.Rahman.

Premise: Scotland Prince is murdered by Chiyaan Vikram, a contract killer. The modesoperendi is very similar to the Odisha CM murder which happened a year before. The Turkish Interpol Irrfan Pathan is appointed as the investigation officer. What happens in this hunt and where this case leads to forms the crux of the story.

The base plot which is Vikram character’s flashback is familiar yet an interesting one to create an enjoyable masala entertainer. The opening murder scene is pretty promising with enough logical details, followed by a solid opening song that establishes the hero’s assassinations. The mathematical approach in the initial portions are different and explain the happenings better. There is a psychological layer to the central character, it is showcased beautifully throughout the movie. An interrogation scene in the latter relies on the hero’s medical condition, it’s very well made and received in the theatre with loads of cheers. The interval twist is decent, not a bang-on moment though. Director Ajay Gnanamuthu’s direction is mediocre compared to his previous works which were neater, he settles in the basic level and delivers nothing in a praise-worthy manner. It was hard to involve in the screenplay as the flow fails to carry any sort of interesting elements to hold the attention. The screenplay is very weak with dull situations that don’t excite. The core idea is not converted as a full script, the revealing points are in fact messy. The heroine portions are so boring and a needless track that appears as a filler, also the romantic scenes are filled with cringe dialogues. The film moves as an investigation thriller intended to be about intelligent math formulas, computer hacking, etc… but there is no smartness in how it is handled. The second half had potential to be commercially captivating, but it is wasted by placing melodramatic sentiments and unwantedly stretched out tasteless sequences leading us for a restless watch.

As always, Chiyaan Vikram has taken immense efforts for his different getups, he has shown variety in his body language as well. Not a glittering presence, there’s not much scope for him to perform, but in the given minimal space, he has done very well in the psychological sequences. Because of the poorly written love portions, the KGF gal Srinidhi Shetty doesn’t impress much. Irfan Pathan is a complete miscast, his expressions are so amateurish and the poor guy is like one joker existing as an Interpol officer. Mrinalini Ravi and Mia George exhibit over acting and their roles are also not impactful enough. Roshan Matthew puts up a great show with his psychic behaviour, his first few scenes were menacing but falls flat after interval. Robo Shankar has no space to score with counter punches. Nothing much to do for KS Ravikumar, John Vijay, Poovaiyar and Suresh Menon. On the other hand, Anandaraj gets a unique role, he has enjoyed and done it with ease. The artists who played the teenage and childhood days of Vikram were very good, replicating the mood neatly. The small artists who appear as random bodyguards, cops and gundas are all very badly casted.

A.R.Rahman’s are satisfying enough, the energetic number Adheera is amazing, Uyir Urugudhe is a soothing melody, while the other songs are also pretty decent. ARR’s background score partially clicks, only some tunes hold but most of them are disappointing. The locations are large scale, but the visuals are not that rich, the film could have been grander with better camera work. Edit pattern is screwed up, certain high points falter because of that. Also the film runs for an unapologetic 183 minutes, an overly long flick with full of lags, at least it wouldn't have been a patience testing experience. Prosthetic make up at its worst, although a couple of them were convincing, a few looks seemed so odd for Vikram. The hair wig is very much evident in some crucial places. Visual effects is a mixed bag, the psychological world was interesting but some basic features like rain, etc are messy. Stunt choreography is bland, lacks punch.

The interesting psychological idea and a commercially viable base plot stays on the ground level as the screenplay is underdeveloped. With a better packaging and neater presentation, it could've at least been a decent flick.