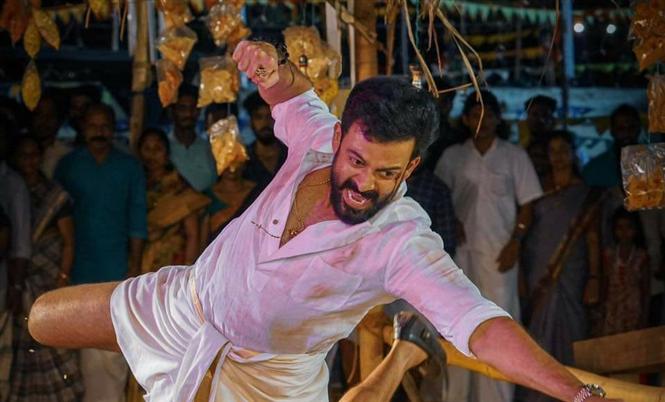 Prithviraj is a big shot in his hometown called Pala. While Vivek Oberoi is a Police officer. After a couple of smooth incidents, an ego clash arises between the two. Who wins in this game turned war is the remaining story.

The one-line of the film feels like it’s the third flick from the series of Prithviraj movies that showcases ego clashes between two stars. It’s actually tiring to see such a splendid actor sticking to the same formula again and again. Despite the repetitiveness factor, if the content is solid, then there won’t be much complaints, I guess. Kaduva gets the basics right, the first half neatly sets up the masala flavour by building the tension step by step, that peaks towards the halfway mark. The initial couple of hero establishment scenes are over-the-top, just for the sake of fans to scream in the cinemas. Post that, it picks up with a decent screenplay that allows us to relate to the characters as well as enjoy the show. But the second half is a bummer, except for a couple of plot points. The story didn’t move even an inch forward for nearly half an hour after the break. And sadly even after that , the fallen momentum doesn’t pounce back till the very end. Very generic cat and mouse game that hardly has any interesting mass elevations. Also, an absolute no brainer, Prithviraj just walks all the police officers who pass by and there’s no one to question him.

The movie is purely an one-man-show, Prithviraj has given his best, maintains a mysterious face and scores subtly well. Samyuktha Menon’s presence is pointless as the subject evolves, she has no scope or importance, there’s not even a proper closure for a major crime involving her. Vivek Oberoi provides a menacing performance at times, a dull act at parts too, a mixed bag. His character is the central one, but he disappears at frequent places in both the halves which gets kind of weird.

Thankfully no dance numbers to pause the already sluggish-paced flick, the montage songs are apt for the situations. The background score is fine, doesn’t go needlessly loud just to raise the tempo, indeed a neat work. Nothing great with visuals and editing, the former is satisfying while the film’s runtime could’ve been crisper for racier flow, especially the final hour. Action sequences have been choreographed well, the efforts of the artists are visible, they are cinematic and fun to watch.

A masala flick that sets the base decently with an engaging flow till the mid-point, but loses track and offers very little in the latter. Things become so messy, it takes itself so seriously. All we get in the end is a dry and disappointing one-on-one saga. 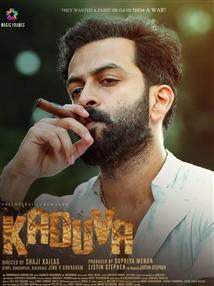