Nenjuku Needhi Review - An Engaging and a Thought-Provoking Drama! 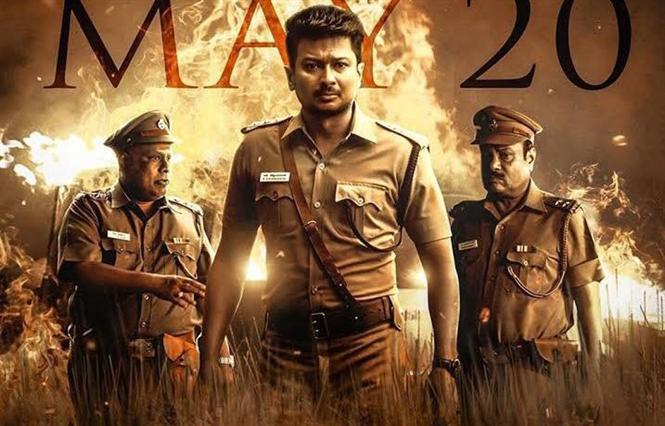 Nenjuku Needhi Review - An Engaging and a Thought-Provoking Drama

Nenjuku Needhi is an official Tamil remake of Hindi film Article 15, which was a trending topic for its bold content and made a wave at the box-office. The movie stars Udhayanidhi Stalin in the lead role and is directed by Arunraja Kamaraj of Kanaa fame. The project is bankrolled by Boney Kapoor along with Zee Studios.

Udhayanidhi Stalin is an Assistant Superintendent of Police who comes in transfer to Pollachi town. Three teenage Dalit girls are brutally raped, in which two are hanged and third girl goes missing. The search for the missing girl and the investigation for the inhuman crime begins.

Remake is never an easy job as it looks from outside. That too, taking a sensational film that defines justice and speaks human values is a big challenge, in that case, we have a winner here. Director Arunraja Kamaraj has understood the importance and the intricacies of the subject and has handled it with so much care. There are plenty of clap-worthy realistic elements throughout the film that click commercially as well and get splendid reception from the crowd. Powerful sequences are presented with utmost intensity and carry a correct amount of seriousness. Making is not only in the grandeur, it’s also how meaningful even a simple frame is, here the filmmaker’s conviction and clarity is beautifully transmitted to the screen as the visual storytelling is top-notch. Kudos to the dialogue writer Tamizharasan Pachamuthu, the soul of the film was perfectly on-point because of his sensible writing. The iconic scene in which a bunch of cops discuss their caste is an absolute blast. The screenplay is on the whole engaging, gripping first half and a slow burn yet decent second half that thankfully picks up momentum towards the last act and ends with a bang. Content is spoken boldly in a lot of places, at the same time the metaphors land well too. The messaging is nowhere preachy, actually gives a sense of realization that how we have started to consume even some burning issues calmly.

Udhayanidhi Stalin springs a surprise, it’s like he has re-invented himself on screen with the help of the captain of the ship, matured performance and maintains a stiff body language that suits neatly for his cop role. Perfect casting with respect to Suresh Chakravarthy and Ilavarasu, amidst the bunch of supporting artists, they appear throughout and are a perfect fit for their strong roles. Aari is very relatable, his role is like one among us, but somehow his character’s sad closure doesn’t impact much. Tanya Ravichandran explains the uncertainty and inequality mindset of our people then and there in the film, though her purpose is fruitful, she seems to exist away from the flow as her role feels like forcefully incorporated. Sayaji Shinde appears for a splendid scene towards the finish-line.

Dhibu Ninan Thomas gave superhit songs for the director’s film Kanaa, here he has worked what’ll suit for the content. The couple of songs that appear as montages only drive the story forward. The background score uplifts the intense mood and keeps us focused with the happenings. Dinesh Krishnan’s camera work is a great value asset to the output quality the team is able to achieve today, he has captured the localities so authentically and has helped to fire up the vision of the storyteller by delivering some outstanding frames. Topical work by editor Ruben, considering the dry subject, it could’ve become a pure art film, but along with the tight screenplay, his cuts is also a reason for the solid grip of the flick. Art department’s hard work is evident on the big-screen, their set work and background properties look very real.

A well-made focused and a fulfilling remake. Hats-off to the team for delivering the sensitive caste discrimination subject in the right senses that is sure to provide a great impact among the Tamil audience. 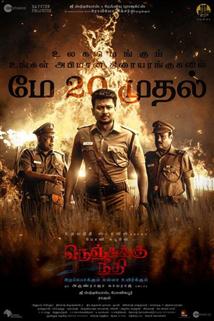