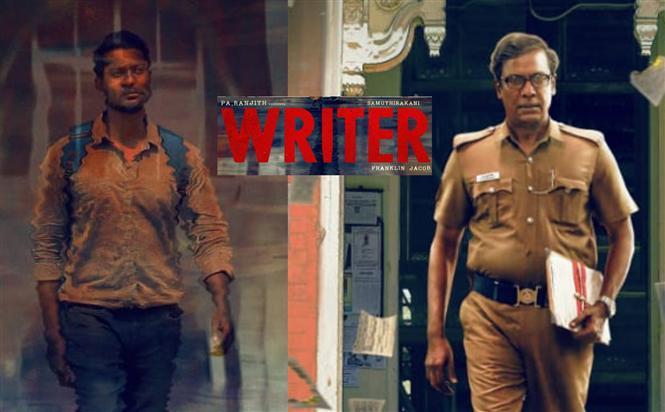 Writer is an upcoming Samuthirakani starrer produced by Pa. Ranjith, which had its teaser release today. The video unveils Samuthirakani as a police writer, who has been given the position as a 'punishment'. The corrupt overbearing authority his honest self faces in his job of maintaining records and jotting down details of every step of a police investigation, is what seems to be the story.

Samuthirakani's Writer which released in theatres for Christmas on December 24, 2021 is all set to release in OTT platform soon. Aha Tamil, a new OTT platform had grabbed the streaming rights for the film. The film is directed by debutant Franklin Jacob and has Govind Vasantha for music.