Studio Green produced Theal starring Prabhu Deva in the lead is an upcoming action drama, written and directed by Harikumar. The film is all set to release in theaters on December 10, 2021 i.e. next Friday and will be Prabhu Deva's first theatrical release in the Tamil since Devi 2 in May, 2019. 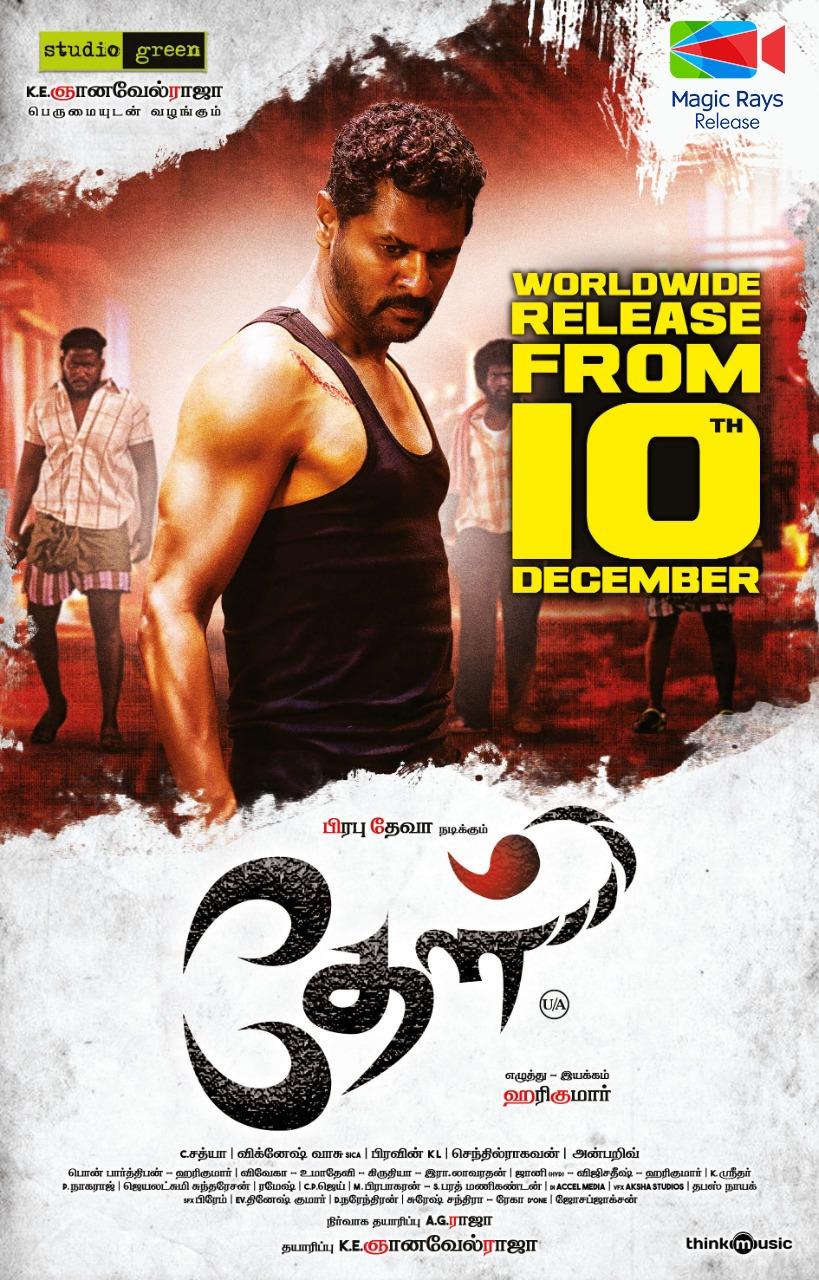 Samyuktha Hegde of Comali fame plays Prabhu Deva's pair in the Theal, while Kaala actress Eeswari Rao plays the actor's mother in the movie. The movie also stars Yogi Babu in a prominent role and has C. Sathya for music.