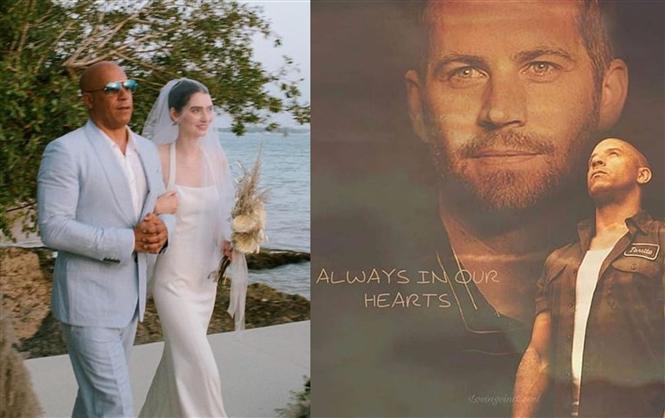 It has been eight years since Hollywood actor Paul Walker's tragic accident sent shockwaves down Fast and Furious fans around the globe. Earlier this month, Paul Walker's now 22 year old daughter Meadown Rain Walker married actor Louis Thornton-Allan and recently she shared images and videos from the event that took place in the Dominic Republic.

What got fans emotional was actor Vin Diesel, Paul's Fast & Furious co-star and on-screen partner throughout the franchise, walking Meadow down the aisle. Vin Diesel is Meadow's godfather and the duo have shared a close bond since Paul's death in 2013.

It's been a long day without you my friend
And I'll tell you all about it
When I see you again https://t.co/0JxshsBDLr

Paul would be so proud.

Paul Walker was 40 years old when the Porsche Carrera GT in which he was riding crashed into a tree near a charity event in Santa Clarita, California, on Nov. 30, 2013, and burst into flames. Both Paul Walker and the driver, Roger Rodas, were pronounced dead at the scene.

Two years later Meadow Walker, his only child he shared with ex-girlfriend Rebecca Soteros, filed a lawsuit, claiming that the car's 605-horsepower engine and lack of safety features prevented her father from surviving the crash. According to the lawsuit, Paul Walker was trapped due to the seat belt design and was alive for a full minute and 20 seconds after the crash; Porsche and Meadow came to a confidential settlement in October, 2017.