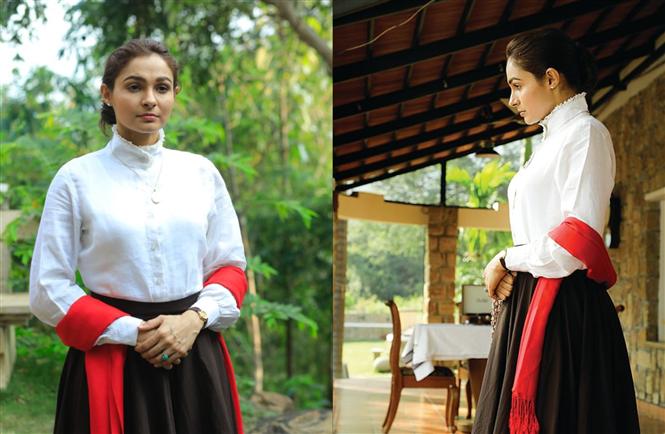 Close to a month after the completion of director Mysskin's upcoming horror drama Pisasu 2, new stills from the movie have been unveiled. Andrea Jeremiah who plays the lead and a half-German, half-Indian character named Cathy could be spotted in both period and modern looks in these stills. 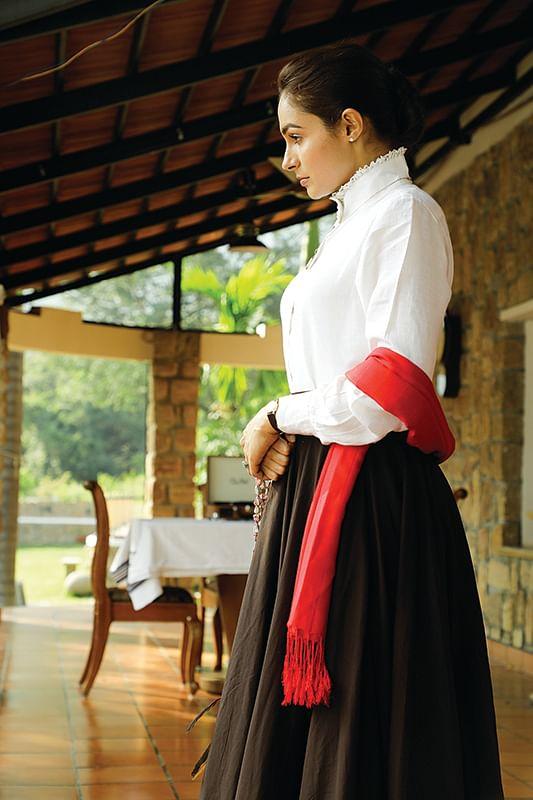 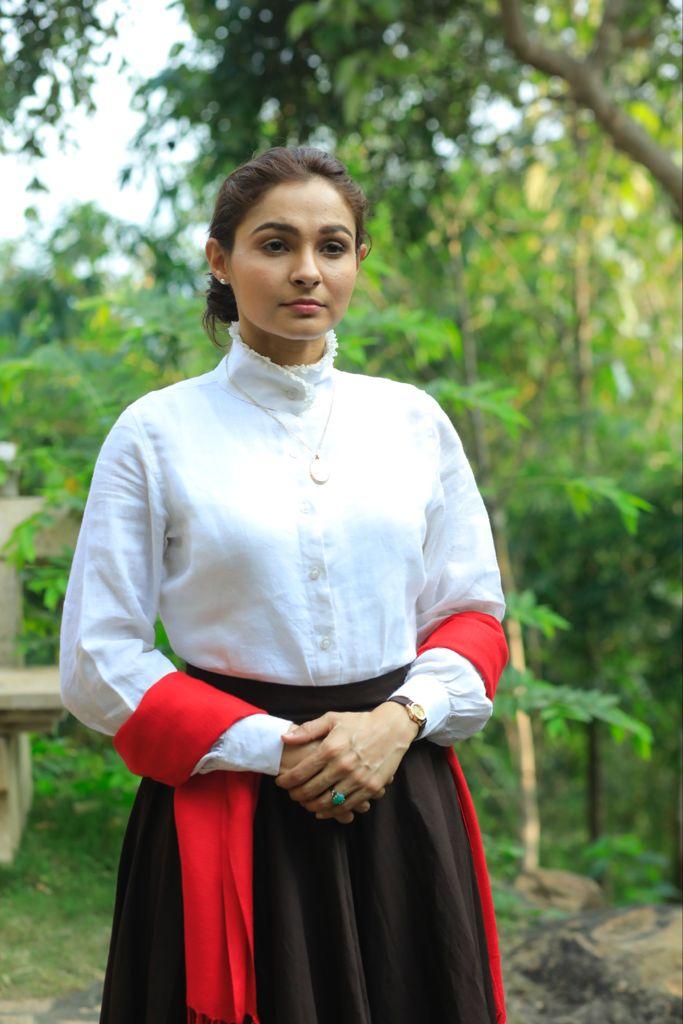 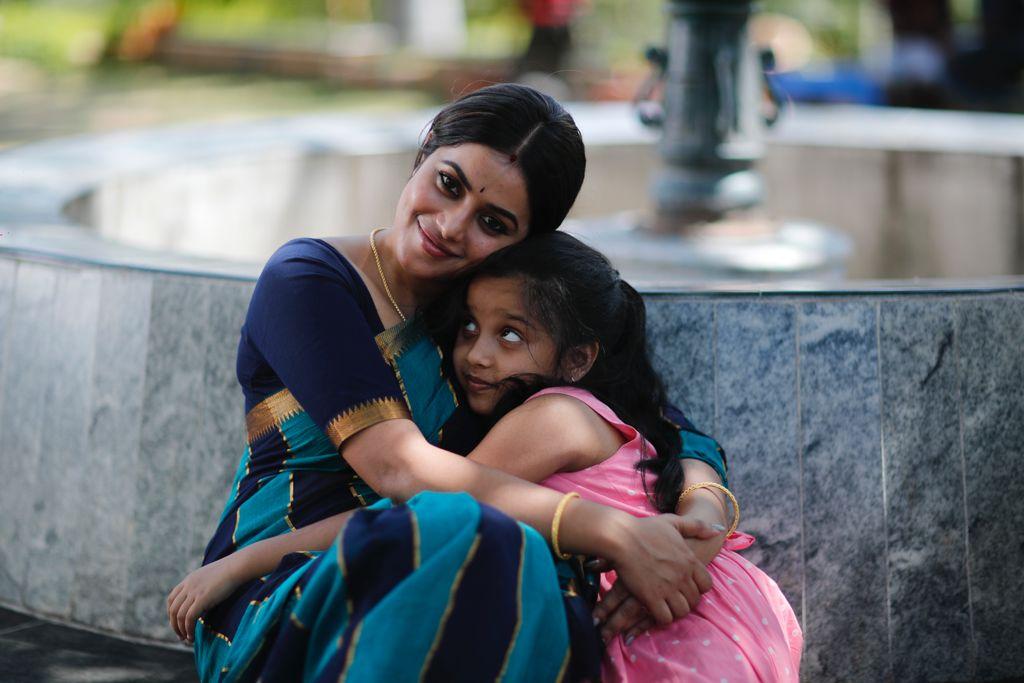 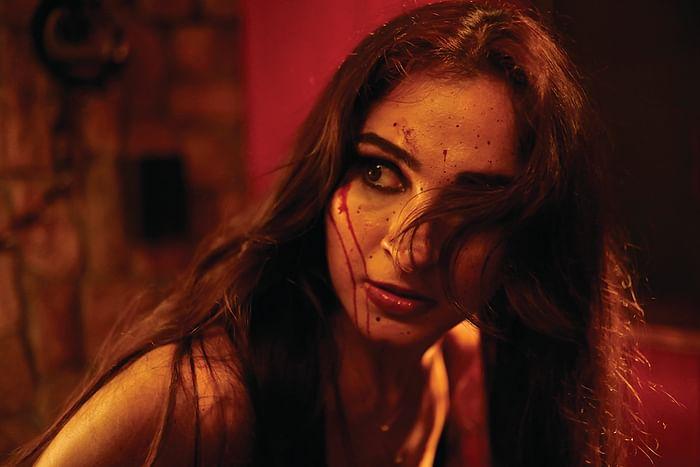 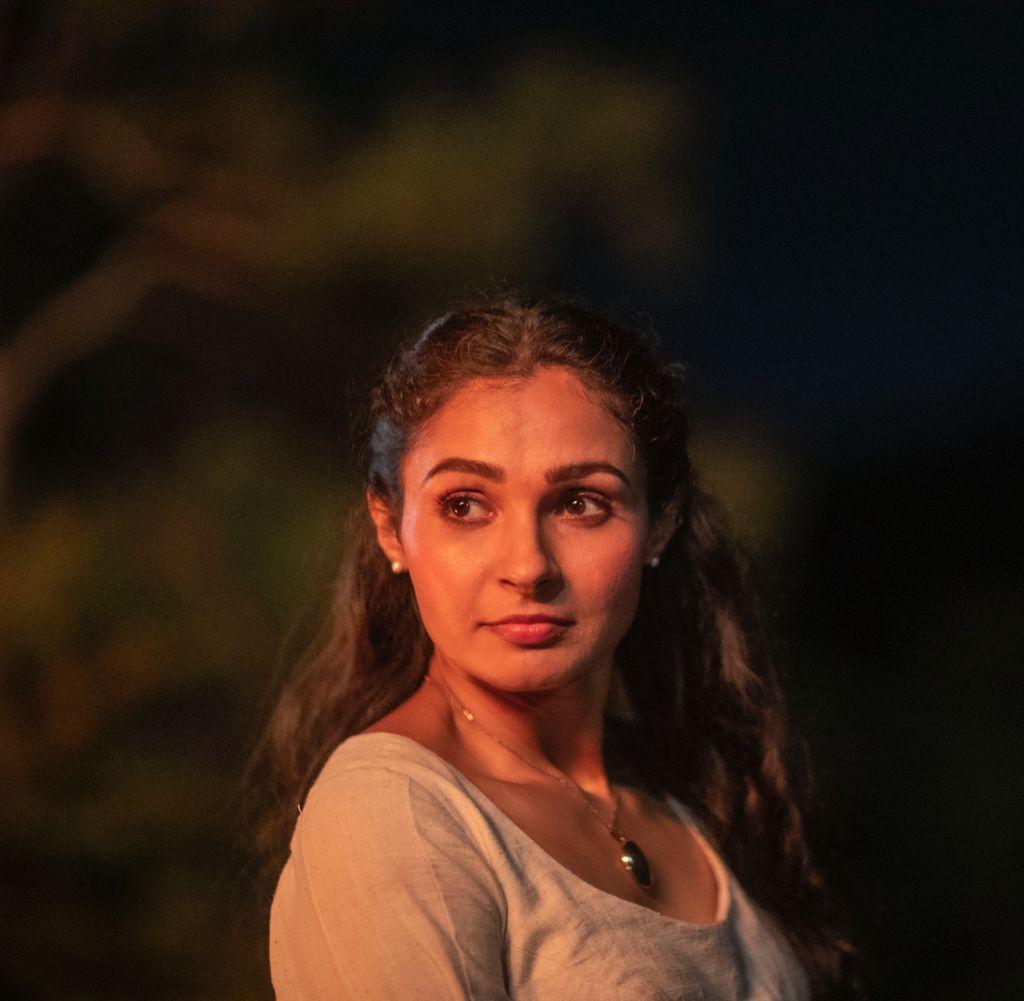 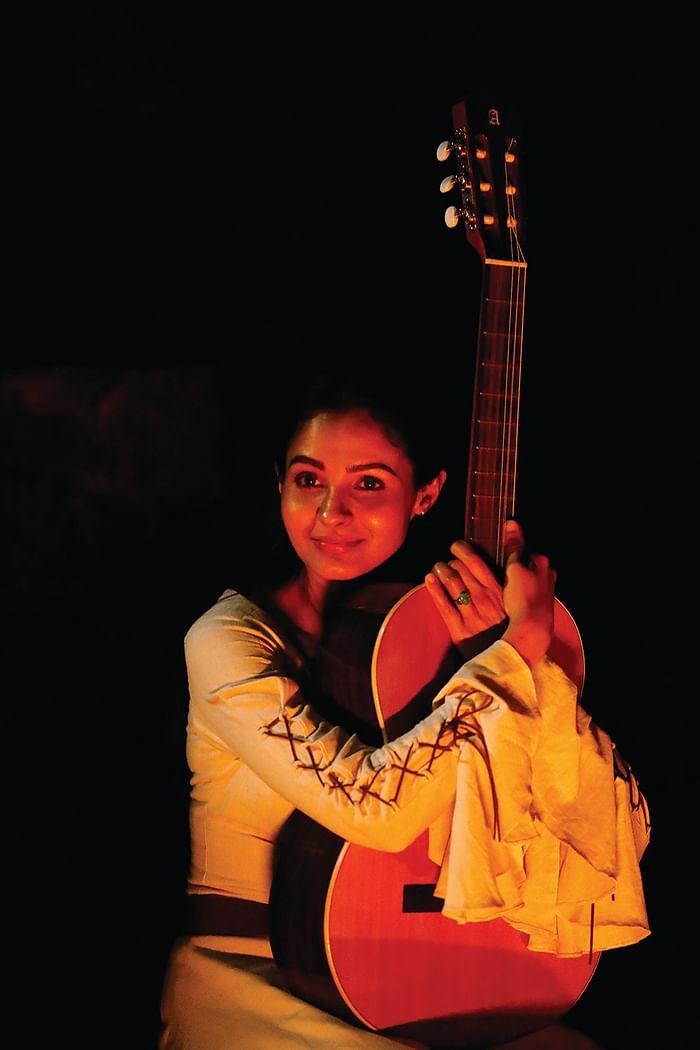 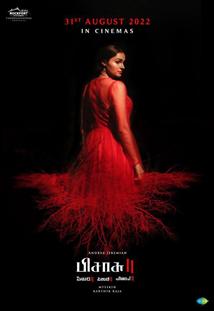