Team Thalaivii visits Jayalalithaa's memorial ahead of her biopic's release! 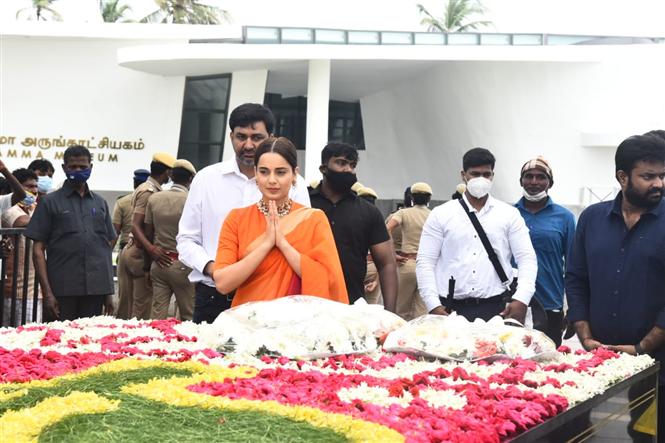 Thalaivii starring Kangana Ranaut in the lead is an upcoming Indian multilingual biographical film about the life of former Tamil Nadu Chief Minister J. Jayalalithaa. The movie directed by Vijay is all set to release in theaters on September 10, 2021 and in lieu of the same, the team paid a visit to Jayalalithaa's memorial as a mark of respect. 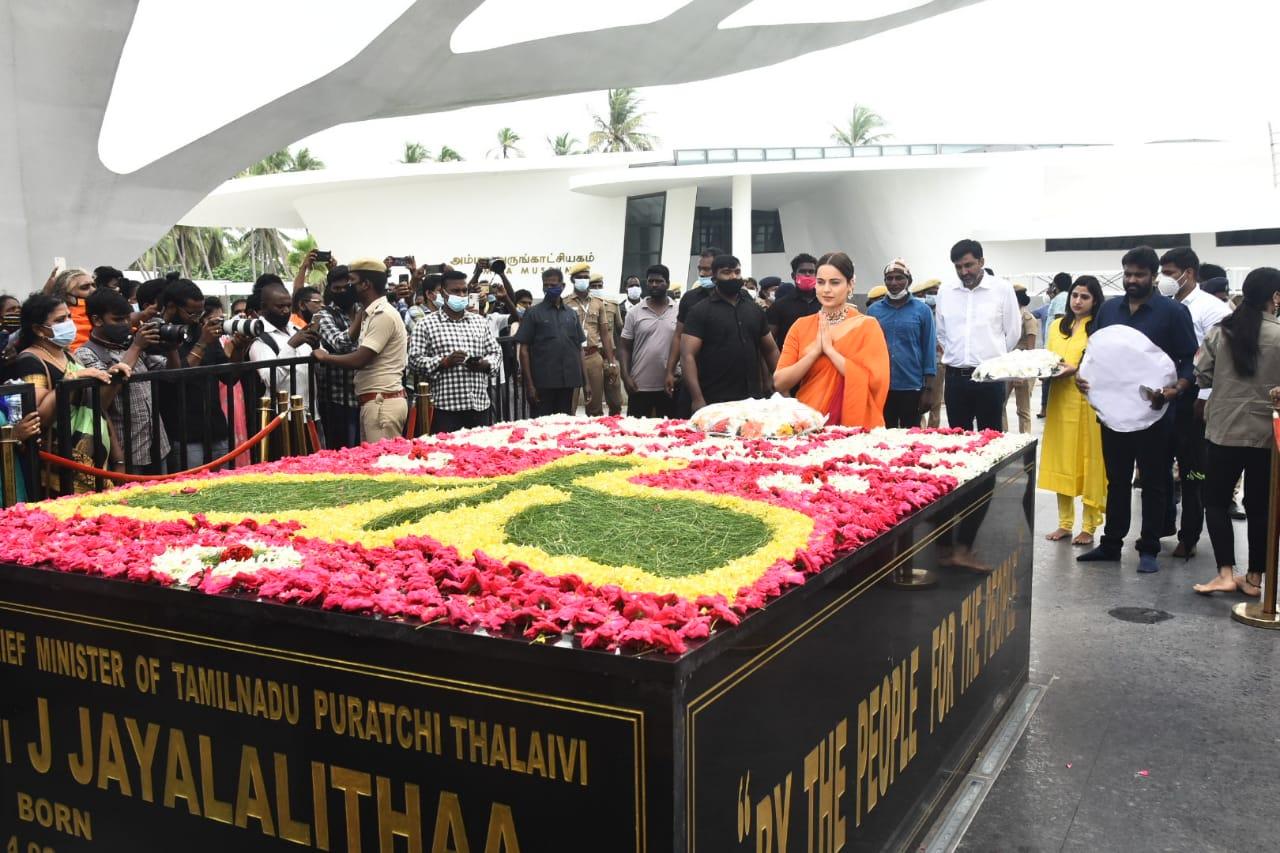 Thalaivii will showcase Jayalalithaa's journey from a teen actress to a powerful politician who served six times as the CM of Tamil Nadu. The Tamil version also stars Arvind Swamy as MGR, Nassar as Karunanidhi, Samuthirakani as RM Veerappan, Poorna as Sasikala and Madhoobala as Janaki Ramachandran among others. 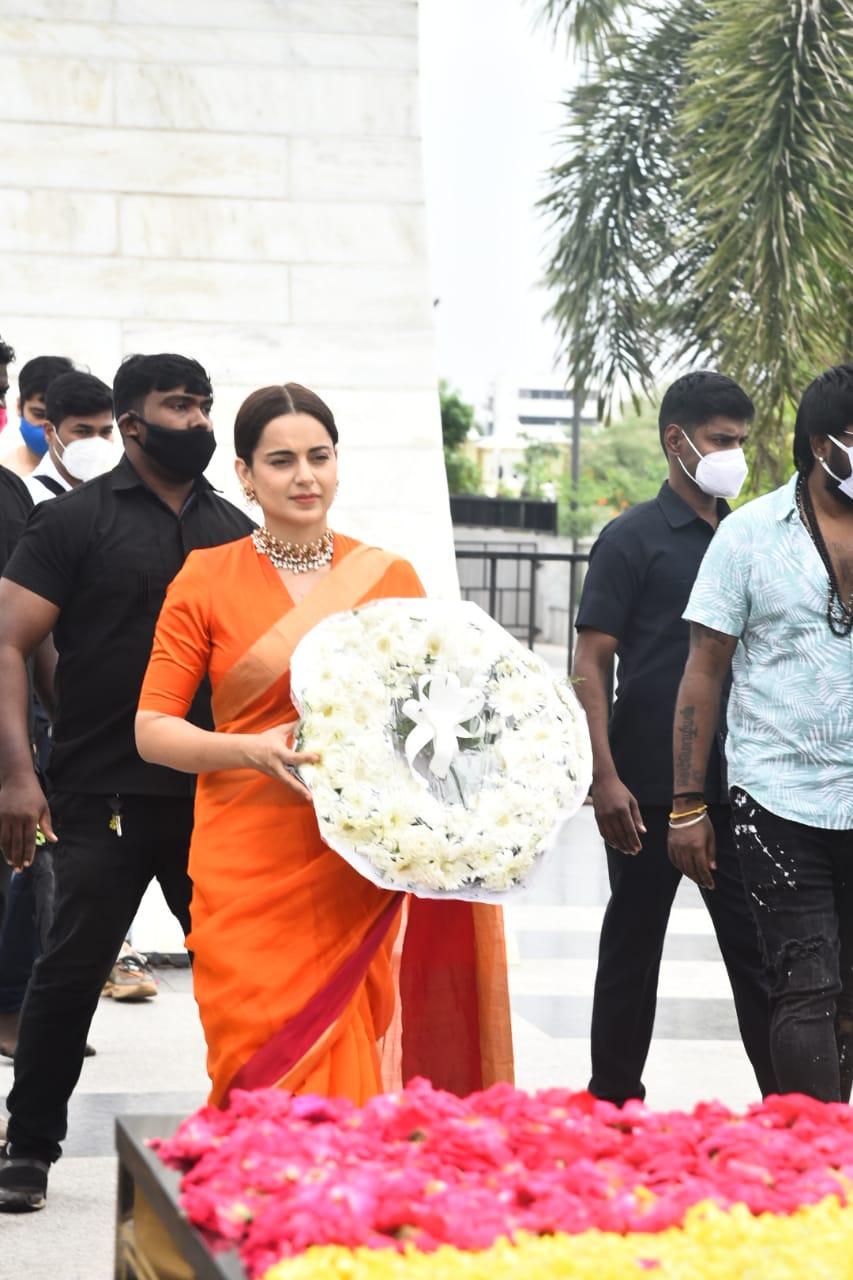 Thalaivii has GV Prakash for music and the Tamil version has writing by Madan Karky. Zee Studios is releasing the movie in all languages.