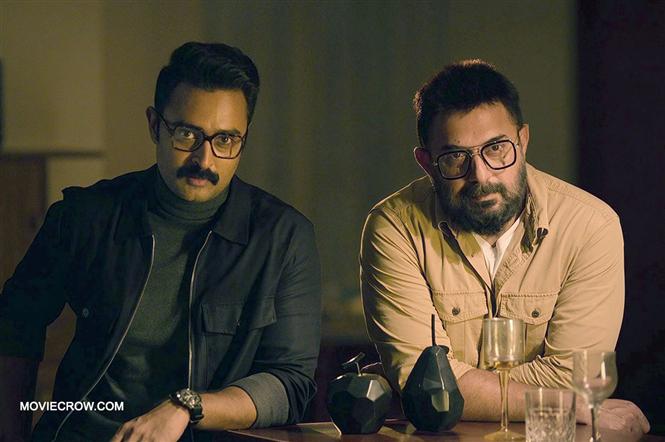 Karthick Naren's film is a sci-fi thriller that does a superb job of delivering the goods in 30 minutes. Like his debut feature film Dhuruvangal Padhinaru, Project Agni has a major twist at the end and more importantly a twist that really works.

This short is Nolanesque and involves time travel, moving to other dimensions, dreams, the subconscious mind and what not. Project Agni does involve a whole lot of scientific terminologies and I couldn't get a grip of all of it and also wasn't sure if they all made logical sense. Also being a short, almost everything is conversational and has a character spell out the rules of the game that Karthik has created. But there is a trick or a twist as you may call it and Karthik employs it smartly. Prasanna and Arvind Swamy fit the bill and keep it simple.
P.S. The conversations are almost entirely in English and that is understandable given the terminologies used in the film. But once again (like in Guitar Kambi Mele Nindru) the Tamil subtitles are atrocious. Why even do something when this is the kind of importance you are going to give it. At a point in the film, Prasanna tells Arvind Swamy to "Go On" as in to continue whatever he was explaining. The Tamil subtitle for this reads as "Mele Po". I am only pointing out to the contextual inaccuracies. There are spelling issues/typos as well.