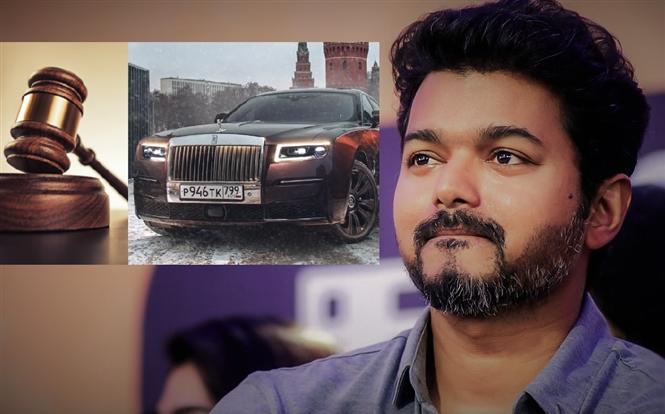 Recently a court order directing actor Vijay to pay entry tax for his luxury car Rolls-Royce Ghost created a huge ruckus. As reported previously, Vijay had moved Madras High Court in 2012 seeking relief over the extraordinary amount of entry tax being demanded for the car he had imported from England.

The court on July 8, 2021 dismissed this plea and harshly criticized the actor for two main reasons 1) for not disclosing his full identity of a public figure and 2) setting a wrong example to legions of his fans when it comes to paying taxes.

ONE MORE SHOCKER @actorvijay IN 2019 purchased BMW X5 & once again failed to pay entry tax WTF😱. Here the court's verdict is "Vijay is liable to pay the basic entry tax for the imported vehicle"(So he didn't pay till courts asked him too).Rolls Royce in 2012,BMW X5 IN 2019 pic.twitter.com/sQ42Z2Lb8o

Soon there was a public outcry and Vijay became the center of criticism for even approaching the court in the first place; Many felt for someone in his position, the entry tax which amounts to 20% of the car's cost should not have been a big deal. Since the court noted in its order that 'tax evasion is anti-national and unconstitutional', some even blamed the actor for trying to evade the due tax.

However, the reason why Vijay moved a writ petition in the first place after paying applicable import duty and such, was because when he sought to register his vehicle, the Regional Transport Officer (RTO) of South Chennai told him that there is no entry tax payable and all that he needs only a certificate from the Assistant Commissioner (CT) of the Assessment Circle. When the CT informed the actor of the entry tax, Vijay was prompted to have things cleared out legally and hence approached the court.
The court's fine of Rs. 1 lakh for the petition makes it clear that the entry tax was mandatory. And Vijay is well within his constitutional rights to approach the Supreme Court in case he felt he was wronged in the judgement that was passed. [Court's full order here].