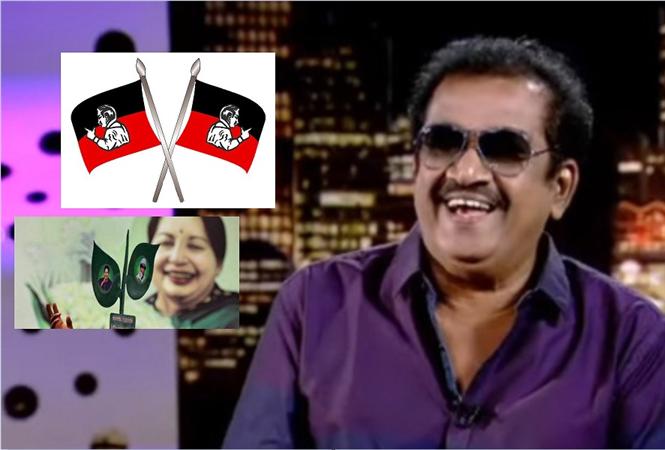 Tamil film industry has lost yet another popular celebrity to Coronavirus COVID-19. Comedy actor Pandu, has died at 74 after getting hospitalized from testing positive. He was admiited along with his wife who had also tested positive for COVID.

Pandu gained popularity after playing a cameo role along with Ajith Kumar in Agathiyan's Kadhal Kottai, but the actor was also known widely as the artist behind the representative symbols of AIADMK, one of the two major Dravidian parties in Tamil Nadu.

In his own words, Pandu said that the idea for 'Twin Leaves' (rettai elai) party logo came about when Pandu had just returned from France and MGR had called him home to show him symbols to choose from. The next day was a Sunday and Pandu had gone to a butcher shop and the image of a pair of goat lungs that was hung there gave the actor the idea that without lungs one could not survive; so he turned it upside down and designed the 'Two Leaves' symbol.

MGR's association to Pandu came through the actor's brother who was close to the politician. Pandu has also said that in October 1972, when the actor was just out of Chennai college of fine arts, MGR had asked him to design the ADMK flag which is the current flag of the party. Pandu is also known to have designed the Tamil Nadu Tourism 'Umbrella' logo.