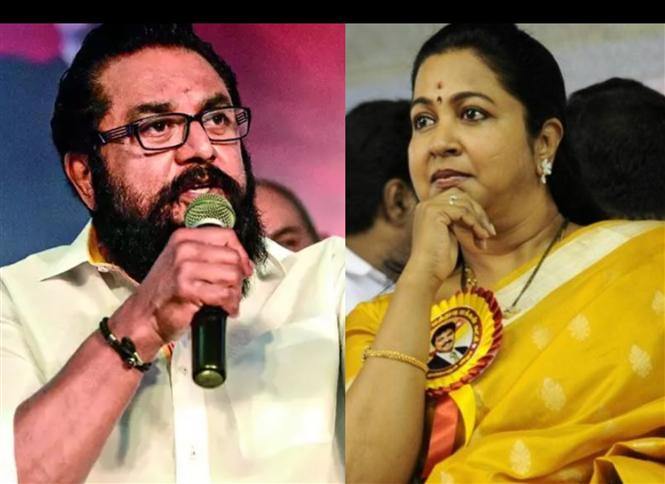 Actor and All India Samathuva Makkal Katchi leader Sarath Kumar, who has contested in the Tamil Nadu Elections 2021 in alliance with Kamal Haasan's Makkal Needhi Maiam, and Sarath's actress wife Radikaa have been sentenced to a one-year jail term by a special court in Chennai on Wednesday.

The sentence comes as a result of a cheque bounce case and the power couple have now moved special court seeking suspension of the sentence. In 2014, Radiance Media Private Limited had lent Rs. 1.5 Cr. to Magic Frames, a company in which Sarathkumar and Radikaa are partners along with Listin Stephen and Rs. 50 lakh to Sarthkumar separately.

In repayment of the amount, Sarathkumar had issued undated cheques which bounced in March 2017 and in 2019, the Madras High Court had declined to quash criminal proceedings against the actors.