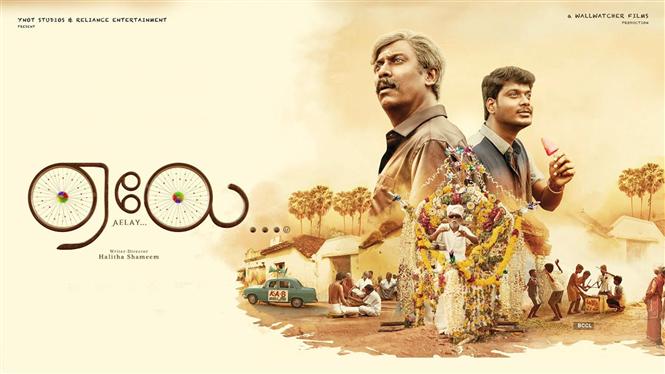 Aelay - A dark fantasy of fun and a notorious funeral comes true!

Aelay is a funeral-based drama written and directed by Halitha Shameem who seems to be en route to making her own space, style and genre in the field of filmmaking. With Samuthirakani and Manikandan in the lead roles, Aelay comes across as the result of multiple talents coming together to own the film through their commendable body of work.

Aelay is a dark yet notorious tale of a funeral and incidents around that particular death. It surprises you with specific realistic observations and also offers film style drama. The movie gracefully transitions between the funeral and flashbacks that drive the narrative. However, the love sequences in the flashback could have engaged the audience better. While the director seems to appreciate a viewer’s IQ and ability to perceive a film on different levels, some portions of dilution or excess detailing could have been avoided.

The duration and the pace stand as the only drawback to Aelay. Halitha helms the edit table along with Raymond and seems like the director in her couldn’t let go of some scenes which lead to a few over dragged portions. However, the refreshing plot and unexpected twists have the potential to overshadow the drawback. The film does enjoy its share of cinematic liberties and conveniences but it doesn’t end up exploiting the same.

Samuthirakani as Muthu Kutty enjoys playing his role as he unapologetically delivers what the character demands. On the other hand, Manikandan as Parthy seamlessly takes you along to empathise with his traumas and feelings. Special mention to Kailash (the younger version of Parthy) who surprises you with his rustic and realistic performance. The film could easily lead to a viewer forgetting the actors Samuthirakani and Manikandan and see them as the characters Muthu Kutty and Parthy respectively. Madumathi as Nachiyar shoulders her role well.

Musical work rendered by Kaber Vasuki and Arul Dev hands-down elevates the film and gives it a refreshing outlook. Among all the rural dramas that one has seen, Aelay will stand out for its aesthetics offered by the technical department. The colors and tones explored by cinematographer Theni Eshwar enhance the whole movie watching experience.

Overall, Aelay is a relatable tale set in an unusual backdrop of a funeral. The film may boast brilliant actors and technicians in its credits but it does end up with an evident Halitha Shameem trademark! 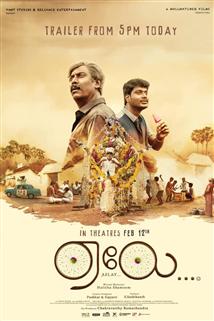