Mane Number 13 Review - A horror film wherein the film itself is the actual horror! 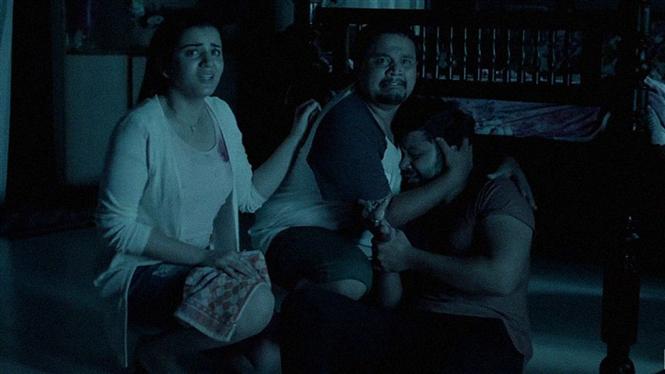 Mane Number 13 - A horror film wherein the film itself is the actual horror!

The title directly gives it away that there could be little or no thought behind naming this film. Not that you cannot have a very basic or simple title but this one does give the vibe of a B movie. Well, B movies can be fun and the term in itself isn't derogatory.

A group of 5 IT professionals occupy the centrestage in this film. So how does the director establish that they are IT professionals. No, they aren't shown carrying out their job but what we have is a weekend party where they are boozing and dancing. What follows is a murder. And now the film cuts to 2 years later. These 5 friends now have a problem. They need to find a house in Bangalore where all of them can stay together. Why is this a problem you might ask. Because 3 of them are boys and 2 are girls. You have got to give it to the makers of this film. They take pains to establish the reason as to why these people end up occupying the haunted house. Of course I am not serious but from what happens hereon , even this level of logic looks like rocket science.

This house or rather what looks like a palace is haunted and this is established with all those tacky shots and strange sounds. Given that this is a horror film, we aren't expecting logic as to why would these people do the stupid things that they end up doing. But what we expect is atleast a semblance of effort to make an interesting or entertaining film. This film mistakes twists for entertainment. Worse still, it mistakes silly pranks for twists. The entire film follows the following template. Something happens. We think it is a ghost. Then we are told it is a prank. This cycle keeps repeating. But then there is the mother of all twists in the climax that links to the murder that happened two years back at the start of the film.This is one of those twists that would have made the ghosts of that mansion laugh out in disbelief.

This film completely relies on jump scares and if a doll popping out of nowhere is your type of horror film, then you might have some fun. But this fun is diluted to a large extent as the actors/characters on screen are more concerned with continuing their mockery rather than act scared.

We have had several outfits outrage against certain films in the past for having hurt their sensibilities. I have always found that to be unreasonable and against the freedom of expression. But this is one of those horror films that ghosts have every reason to be outraged about. All said and done, Mane Number 13 belongs to the 'so bad that it's good' list !