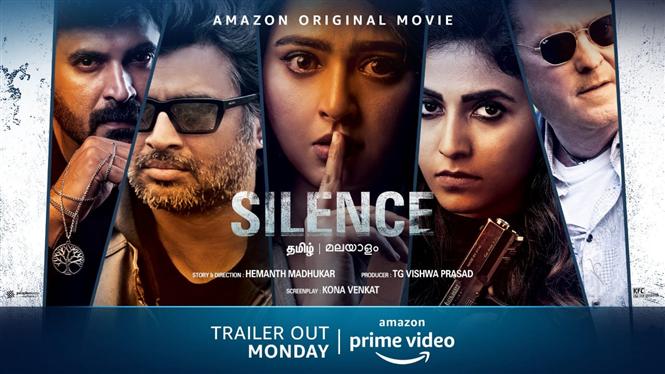 Anushka Shetty starrer multilingual movie Nishabdham which is releasing in Tamil and Malayalam as Silence will be premiering directly on Amazon Prime Video on October 2, 2020. And now, the OTT platform has announced that a trailer for the movie will be unveiled on Monday i.e. September 21, 2020.

Silence is directed by Hemanth Madhukar also stars Madhavan, Anjali and Arjun Reddy fame Shalini Pandey in important roles. Touted to be a thriller, Silence has Anushka playing a a deaf and mute woman named Sakshi who gets entangled in a criminal investigation.