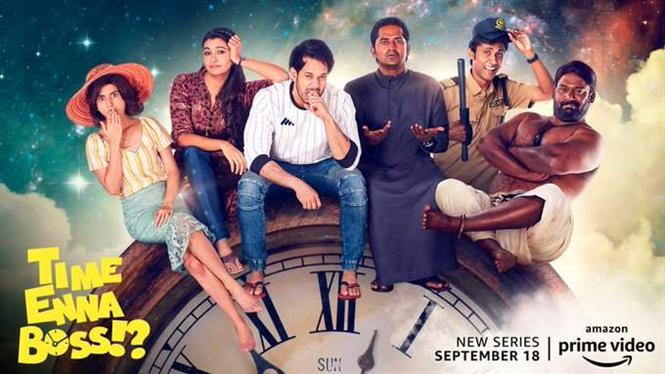 The project has been now titled as "Time Enna Boss"!? and the first look has been revealed recently. Touted to be a sci-fi comedy, the web series is directed by sutta kadhai fame subbu.  Amazon Prime will be premiering the web series on Sep 18.

Time Enna Boss?! is about the protagonist (Bharath), who happens to share his apartment with three time travelers from different periods.