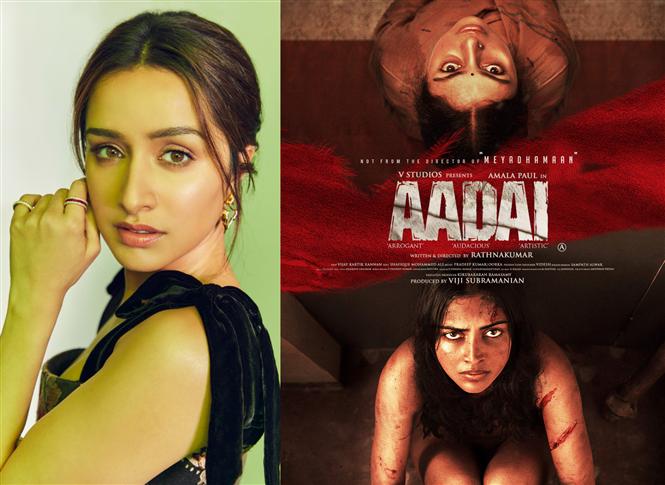 Rathna Kumar directed 2019 film Aadai which saw actress Amala Paul in a rather 'bold' avatar is being remade in Hindi with the same director. Latest buzz is that Shraddha Kapoor has been approached to reprise Paul's free-spirited character in the movie though it remains unknown if the actress has agreed to be on-board.

Reportedly Tamil producer Arun Pandian holds the Hindi remake rights of the movie and he along with a Mumbai-based production house have approached Shraddha for the role.