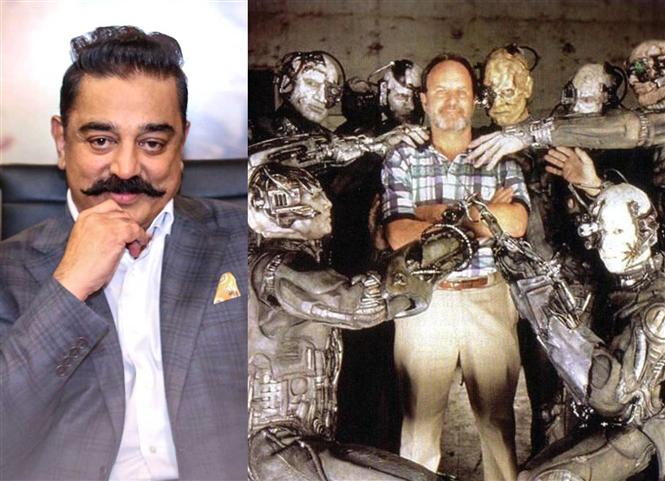 Hollywood royalty Michael Westmore who was an Oscar-winning make-up artist even in the 80s (He won it for his work on The Mask in 1985) is famous for his work particularly in the Star Trek movies. Recently, his daughter Mckenzie Westmore who is now an actress and TV host shared some trivia on none other than Tamil royalty Kamal Haasan.

Taking to twitter, Mckenzie shared that when her father was working on Star Trek: First Contact in 1996 (Westmore famously created the Borg make-up for the movie, which is referenced even today), Kamal Haasan worked on the sets assisting and learning from the famed make-up artist.

As a child I remember Kamal coming to the house bringing beautiful gifts from India! I was always in awe of him. Visiting him at his LA home was a dream too! I’ll find photos 😊

Many have asked if I know @ikamalhaasan well here ya go :) my dad used to create his makeups when I was a little girl. We keep in touch but the last I saw Kamal was a few years back. The 2nd photo is me and my dad in beautiful clothing given to us as a gift from Kamal ❤️ pic.twitter.com/BxN40imqCx

Interestingly, it was the same year Michael Westmore had come to the rescue of Kamal Haasan's make-up in Avvai Shanmugi after Haasan developed an infection. Kamal Haasan went on to work with him for make-up in both Indian (1996) and Dasavathaaram (2008).