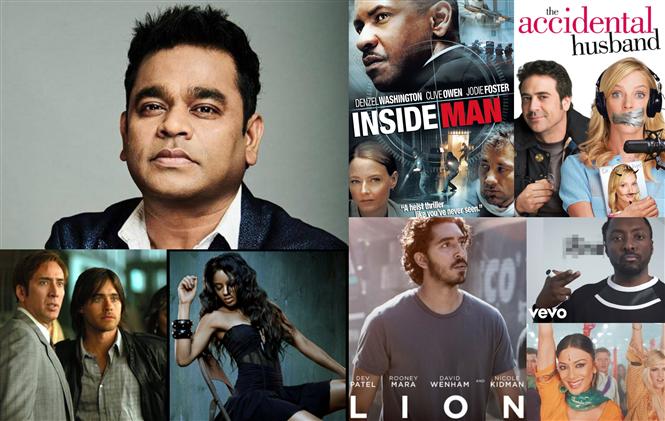 When it comes to the mainstream music in India, A.R. Rahman is one name that us undeniably mentioned along with his Golden Globe, BAFTA, double Grammys and Oscars. While he is a much recognized Indian composer internationally too (Slumdog Millionaire, Couples Retreat, People Like Us, Pele, etc), little is known of his original compositions inspiring international musicians and films.

Below is a list of international pop-music albums and Hollywood movies which either sampled A.R. Rahman's original tunes or went ahead and full fledged featured them.

American pop-star Ciara sampled A.R. Rahman's music from Kannalanae (Bombay) in her 2009 album Fantasy Ride. The music appears in the the track Turntables, her highly spoken of collaboration with her fellow pop-star Chris Brown.

A.R. Rahman's composition for Bombay is unequivocally an international favourite having featured in multiple movies and albums but the one that stands out most is the Bombay Theme in Nicolas Cage's 2005 crime movie Lord of War that also starred Jared Leto. The movie had music by Brazil's Antonio Pinto.

Clive Owen's monologue in Hollywood heist thriller Inside Man begins with A.R. composed Chaiya Chaiya from Dil Se, the Hindi version of Mani Ratnam's Uyire. The movie which has names like Denzel Washington and Jodie Foster starring in it, had also featured the song in its end credits. Terence Blanchard is credited for the music of this movie.

As shown in the video above, this rom-com starring Uma Thurman, Jefferey Dean Morgan and Colin Firth was a cornucopia of A.R. Rahman's hits. It featured tracks Rang De from Bollywood movie Thakshak, Yaro Yarodi from Mani Ratnam's Alaipayuthey and Swasame from Kamal Haasan-K.S. Ravikumar's Thenali.

The Accidental Husband's music was handled by Andrea Guerra.

The original Urvashi Urvashi featured in the Oscar nominated Hollywood film Lion and the A.R. Rahman composition is played in the scene where Dev Patel meets this girl for the first time. Lion had music by Germany's Hauschska and American composer Dustin O'Halloran.

A.R. Rahman's internationally acclaimed song Jai Ho inspired that american pop girl band The Pussycat Dolls so much, that they recreated it into Jai Ho (You're My Destiny) and featured it as a part of their repackaged second studio album.