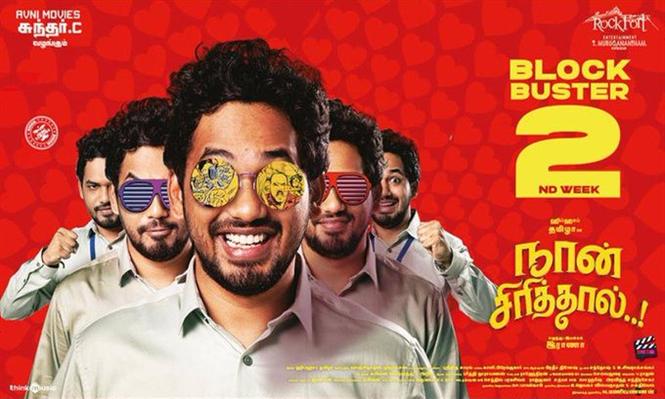 Naan Sirithal starring Hip Hop Tamizha Adhi and Iswarya Menon in the lead roles which hit the screens on February 14 is continuing its run in its second week. The film is about a person who suffers from an extreme case of nervous laughter. The film bagged mixed response from critics and audience.

Directed by debutante Raana, the film has minted Rs. 13.25 cr in 10 days and has been declared a 'Hit' by the trade circle. The film marks the third time collaboration of Adhi and Sundar C after delivering two back-to-back hits with Meesaya Murukku and Natpe Thunai.

The film got the highest opening for Adhi in TN by grossing Rs. 3.5 cr on Day 1 and Rs. 9+ cr in 3 days. In Chennai city, Naan Sirithal has minted Rs. 1.69 cr.  Though the collections have witnessed a dip in its second week, the film has turned out to be a profitable venture for all the stakeholders.