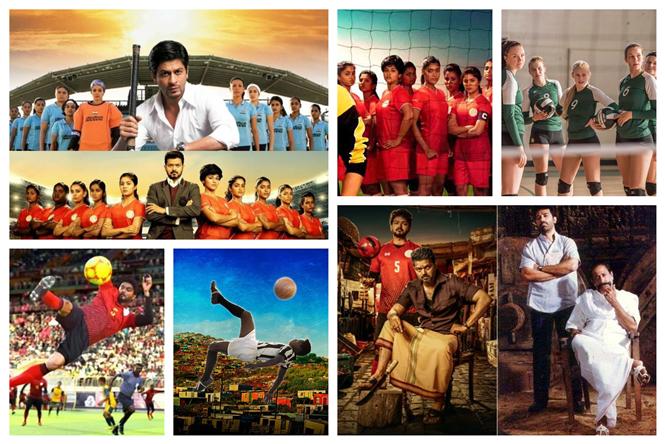 One of Hollywood's most influential directors Quentin Tarantino holds an image of frequently lifting ideas for his films from other sources and the director himself has admitted to the same by explicitly stating, "I steal from every single movie ever made, If my work has anything, it’s that I’m taking this from this and that from that and mixing them together.”

In Kollywood, one of the many directors to hold a similar if not exactly the same image, is director Atlee whose first two films Raja Rani and Theri are considered modern-day inspirations of Mani Ratnam's Mouna Raagam and Chatriyan and his third film Mersal of Kamal Haasan's Aboorva Sagotharargal.

Atlee's last release Bigil which is hardly a month old was expected to come with similar "inspirations" especially since hints of the same were dropped at the onset by A.R. Rahman (He said Atlee loved his work on Pele) and Shah Rukh Khan (The actor called Bigil a Chak De on steroids.

Unsurprisingly, the film turned out to be an almost remake of Chak De with a scene or two recreated from Pele. However, what has been surprising to the audience ever since the movie's release has been the number of sources that has inspired Bigil.

This includes a similar story line to Thevar Magan which in-turn has been often compared to The Godfather, a football trick recreated from a 5 year old YouTube video and the most-recently discovered "scene recreation" from 2018's Hollywood movie The Miracle Season.

#Bigil - Solid fun. Thevar Magan meets Chak De India inspired storyline which was evident from posters & trailer. The Chak De inspired second half works like a charm while the Thevar Magan inspired part could have... https://t.co/9KfEKwgAhc

While there is no telling if the scenes were placed intentionally or not, it sure seems to have triggered a lot of viewers who are day by day discovering the extent to which the movie is "inspired".