Will not fall into the Saffron trap: Rajinikanth's explosive statement on politics! 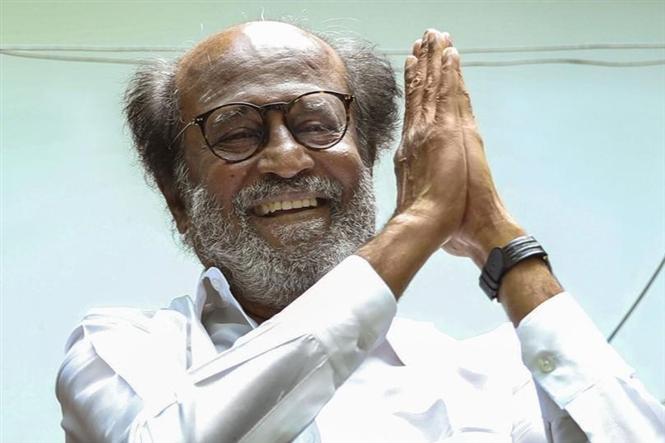 Despite his denial time and again, actor Rajinikanth has always been associated with 'Saffron Politics' in tune with the RSS and BJP, so much so that everytime the Superstar is spotted with or seen praising the ruling party's work, a flurry of uproar (from the Saffron non-sympathetic Tamil Nadu) is directed towards him.

Putting all this to a rest, Rajinikanth in a recent media interaction has made an explicit statement about his disassociation with Saffron. When the actor was questioned if he was considering uniting with the BJP as often cited by Pon Radhakrishnan, he said:

"Just like they painted Thiruvalluvar Saffron (the statue famous Tamil poet was draped with a saffron shawl and rudraksh necklace sparking an outrage in Tamil Nadu), they are trying to paint me with Saffron as well (reference to people linking him the BJP). Neither will Thiruvalluvar fall into the trap nor will I."

Rajinikanth also said at this interaction that the controversy surrounding the Thiruvalluvar statue is a needless one as BJP posted the Saffron-clad Thiruvalluvar Statue picture on their Twitter handle and that they weren't insisting all statues in the state to be coloured the same. He added,

"Thiruvalluvar was a great saint and saints cannot be enclosed within religions or communities..he was someone with a belief in God..This episode didn't need to be blown into such a big controversy especially since people in our country have bigger needs and issues to be solved.."