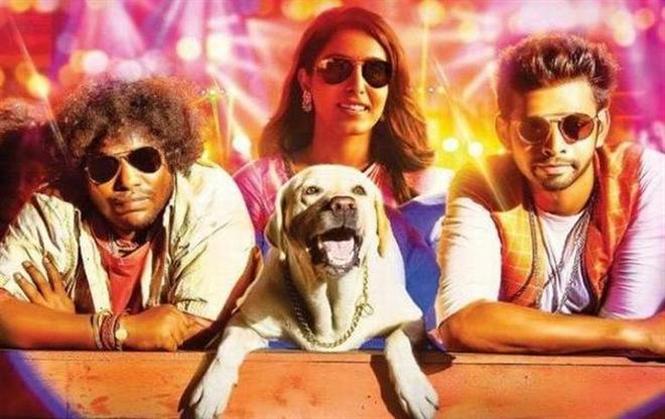 Puppy Review - A light hearted conventional film that works in few portions and just about manages to engage!

Vels Film International’s next venture after LKG and Comali is Puppy. With a new age love story in hand alongside an undercurrent subject dealing with the dog sentiment, it is not an easy job to keep the audiences interested through the course of the film. Has the team done justice with this Puppy?

Varun plays Prabhu, a Morattu Single as you may call it and Yogi Babu is seen as his college senior. Prabhu tries hard to get his love and sex life going but to no result.  Samyuktha Hegde eventually enters his life as his love interest. The film also stars a labrador dog 'Puppy' that has some scenes to her name. What happens when an unexpected event turns out between Varun and Samyuktha’s characters and how they deal with the issue forms the rest of the storyline.

As for the casting, Varun as the lively youngster Prabhu has done what he was told to, although there seems to be a lot more to improve on the action and emotion driven sequences. Samyuktha justifies her role well and has proven to be an actor to watch out for. Yogi Babu as the senior who is a football fanatic, shines and keeps us engaged through all the sequences that feature him. Marimuthu as the hero’s father does well and there is Naan Kadavul fame Motta Rajendran who entertains the audience with a couple of scenes. Most of the casting seems quite apt and tidy though not thoroughly impressive.


Some of the scenes in the first half seem quite fresh and this is favourable for a film that falls into the rom-com genre. For instance, even the classroom sequence has worked out in a funny manner and the football ground scenes are a delight for Yogi Babu fans. He has not only used his humour but also has one emotional sequence followed by a mass filled football game that will surely engage one and all. However, some of the scenes are predictable and there is a lot of film liberty that has been put to use even in scenes that may demand for a slightly more serious approach.

The idea of the movie is quite simple and the director Nattu Dev does a decent job in delivering an output that would satisfy quite the majority. Technically too, Puppy is not bad at all. The true hero of the technicians seems like music director Dharan Kumar whose numbers are quite captivating and he has also produced a refreshing background score work. Cinematography angles and frames by Deepak Kumar Padhy are decent and so is the edit by Richie. The run time of a 109 minutes is a big bonus for this film and there is not much time wasted on anything that seems a little unimportant.

What could have been better in Puppy include some emotional performances and the fact that some sequences are too predictable. When there is a build up for a serious scene, a funny music in the background denotes that it is just a dream. This reduces the anticipation or excitement levels amidst the watchers. Also, the emotion driven dog saving scenes in the last quarter could have been enacted a lot better and the climax could have been slightly different. Most rom-coms end in this manner and the experimentation that we saw with some of the sequences in the first half almost vanish in the latter half. The transformation of the hero’s character from the carefree youngster to the responsible man was just about average and there seemed to be a rush into this shift towards the end.

On the whole, Puppy the film is a decent watch for the rom-com fans and there is also a small dosage of the dog sentiment for the dog lovers. Even though the overall impact of the film isn’t of great standards, the entertainment factor gives this a pass. None of the song situations seem force fitted and the love track does not disturb you at any instance. Comedy too works here and there and the sentiment, in very few places. A neat attempt at a fairly engaging new age rom-com, that could have had more spice towards the climax!

Bottomline: Puppy is a reasonably good rom-com that could have been a tad bit more impactful! 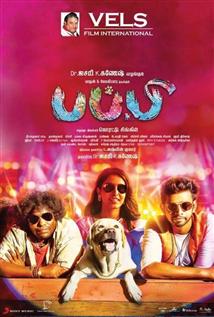