Here is what Rajinikanth said after watching "Mafia" teaser 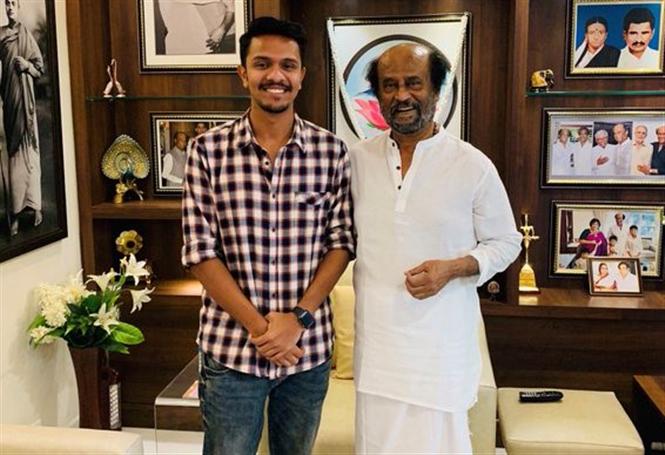 Superstar Rajinikanth, who recently saw Arun Vijay’s “Mafia” teaser, has appreciated the young and happening filmmaker Karthick Naren, which was shared by the latter on his Twitter page. The “Dhruvangal 16” director posted a picture he clicked with actor Rajinikanth at his residence and wrote, “Brilliant work Kanna. Semaya Irukku. Loved it! These were Rajini sir’s words after watching the teaser of Mafia. Thank God, I did not faint. Blown away by his humility. Thalaivar for a reason.” (Sic)

It is noteworthy that Lyca Productions is quite happy about Karthick Naren’s working style as he wrapped up the entire shoot of “Mafia” in just 37 days, which includes a foreign schedule as well. Touted to be a crime-thriller, the film has Priya Bhavani Shankar in female lead and Prasanna in negative role.

The official announcement on the film’s teaser can be expected from Lyca Productions shortly.