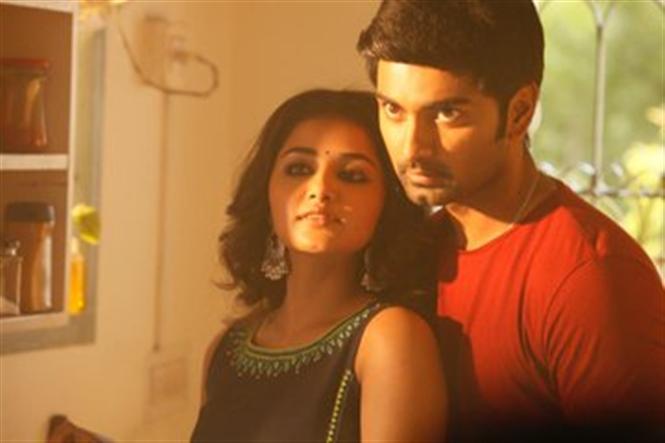 Atharvaa Murali-Anupama Parameswaran starrer film, which is a remake of super hit Telugu movie Ninnu Kori has successfully completed the 2o days long schedule. Directed by Kannan, the shooting commenced last month in Chennai, where portions involving Atharvaa Murali, Anupama, Vidyullekha Raman and other artistes were filmed. Now it is reported that the crew will be shooting the next schedule in a foreign country.

The original version featured Nani and Nivetha Thomas in lead roles, which are performed by Atharvaa and Anupama in this untitled remake respectively. However, it is not yet known, which actor will be essaying the role that was played by Aadhi in original version. It looks like the team is holding talks with few leading artistes and official confirmation can be expected before the second schedule begins.