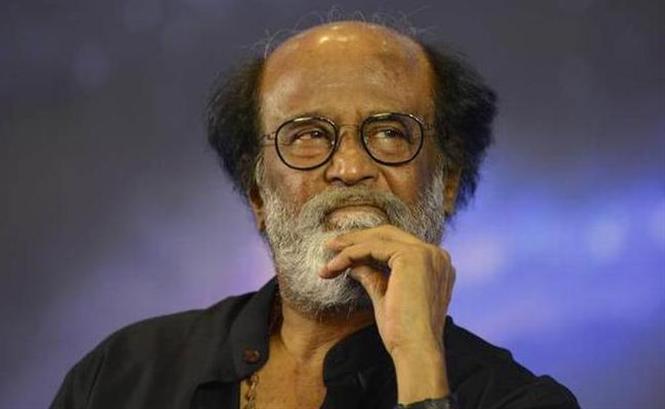 Rajinikanth's analogy of BJP leaders Narendra Modi and Amit Shah as 'Krishna and Arjuna' and his praise of the leaders in handling affairs in the Indian state of Jammu and Kashmir sparked a nation wide debate a few days ago. Rajini's support to the RSS-BJP government in ending the special status to J&K under Article 370 and Article 35a might have drawn criticism from some parts, but the Superstar actor seems to be in no mood to give in to his naysayers.

At a recent press interaction, when media broached the subject again Rajini said, “The Kashmir issue has been handled with excellent strategic diplomacy by Amit Shah and Narendra Modi. Since the Kashmir issue concerns national security, I appreciated the move by the Center... When I said Krishna and Arjuna, I meant one person plans the operation and the other person executes it..

Kashmir is like the homeland for terrorists, which they are using to infiltrate the country. It is like the gateway to India. To first impose curfew in Kashmir and to pass the reorganization bill in the Rajya Sabha first, where the BJP does not have a majority and then bring it to the Parliment was a strong statesmanship..Had they first taken it up for debate, the miscreants in Kashmir would have been alerted..It is my request to respected politicians to no politicize everything."

It is worth mentioning here that Pakistan Prime Minister Imran Khan has threatened India with a war and has claimed that India is only interested in the land of Kashmir and not its people. Terming Modi's move as a "strategic blunder", Khan said,

"It will cost a lot to Modi and the BJP. Because they have internationalized the issue of Kashmir. The Pakistan Army has full knowledge...India has made a plan to take action..You take action and this is my message: every brick will be countered with a stone..Our message to international organisations that were formed to prevent wars is that if this war takes place, you (India) will be responsible,"

The subject of 'war' has been feared within the country as well for Hyderabad MP Asaduddin Owaisi was quoted on the occasion of Eid stating, "A Tamil Nadu actor called PM Modi and Amit Shah Krishna and Arjun for abrogating Article 370 from J&K. Then who are Pandavas and Kauravas in this situation. Do you want another 'Mahabharat' in the country,"