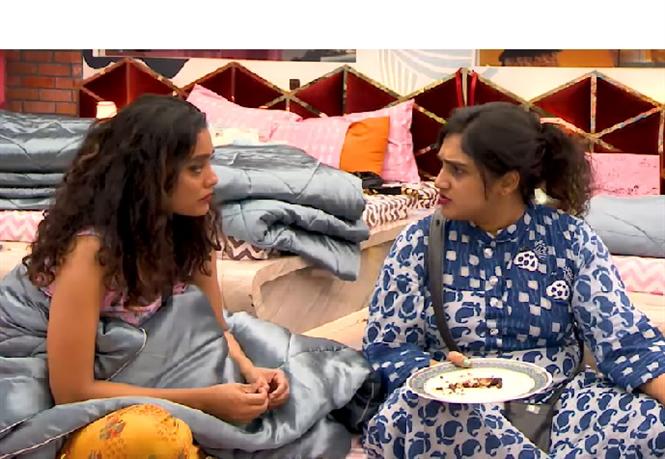 Actress Vanitha Vijaykumar, who reentry Bigg Boss House as wild card contestant yesterday’s episode (August 12) reveals an unknown secret about Mugen to Abhirami in today’s show. The first promo for Day 51 released by Vijay TV on Twitter page has a particular show, where Vanitha is seen advising Abhirami. In the video, she says, “Has Mugen ever talked about DURGA?” and Abhirami replies, “No”. Well, this should probably set open a rigorous crisis between both of them.

It is quite evident that Vanitha had openly criticized each and every contestant inside Bigg Boss House soon after her entry. She has also assured Sherin, one of the contestants that the game for next 50 days is going to be completely different and intense from what has happened so far.