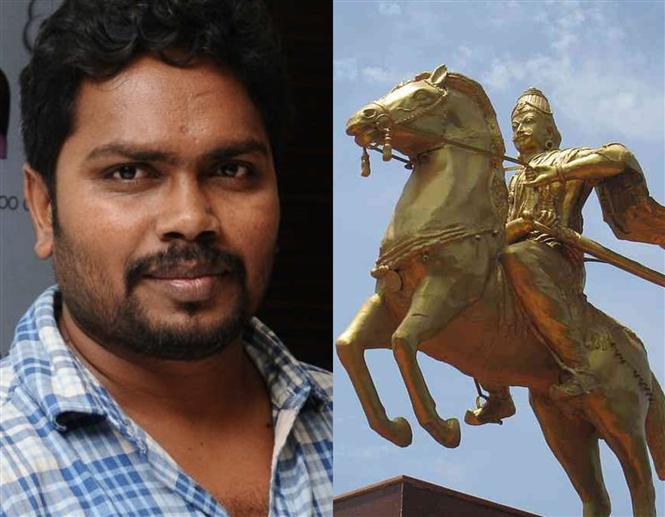 A few days ago, the history of medieval king Raja Raja Chozhan was revived, thanks to director Pa. Ranjith's remarks about him in a public speech, which later became the center of a controversy. The director who is known for representing the Dalit equation in all his films remarked that Chozhan was responsible for lands being forcibly taken away from Dalits during his time.
He also said that the monarch who lived a 1000 years ago (985-1014 CE) had institutionalized the sexual exploitation of women.
An FIR was filed against the director based on a complaint by fringe group Hindu Makkal Katchi and Ranjith had to move court for an anticipatory bail, the hearing of which will be held tomorrow at the Madras High Court. [There will be no arrests till the HC comes with a verdict].
Now, in support of the director an online petition titled #StandWithPaRanjith is being circulated with signatures of over 300 artistes from Tamil Nadu. It appeals to the Tamil Nadu government for justice and reiterates the 'freedom of expression' language to others who have taken offense to Ranjith's remarks. Excerpt from the petition:

On June 5th 2019, filmmaker Pa Ranjith participated and spoke in an event to commemorate the death anniversary of TM Mani - founder of the Blue Tigers organization at Thirupananthal in Thanjavur district. Since the event was taking place in the delta region and because T.M. Mani had fought for the land and others rights of Dalits in the region, Pa Ranjith spoke in particular about the significance of land rights for Dalits. His speech was critical of the oppressed groups misleading themselves through false claims of monarchical clan. He also criticized the commonly claimed monarchical clan of Raja Raja Chozhan’s rule and held it responsible for usurping the land rights of oppressed groups.

..Brought into discourse by Left historians, this view has been widely accepted in the intellectual and political spheres...Even if it is not easy to accept a contrarian perspective, it is important to protect the freedom and liberty to express it..The communal, caste and ethnic groups always tend to attack the freedom to express. In Ranjith’s case, all these three forces have come together... the comments of the judiciary on the case has further saddened us..

At this moment, we extend our complete solidarity to protect Pa Ranjith’s freedom of expression.