Gangs Of Madras Review - A violent revenge drama that is more intense than affecting! 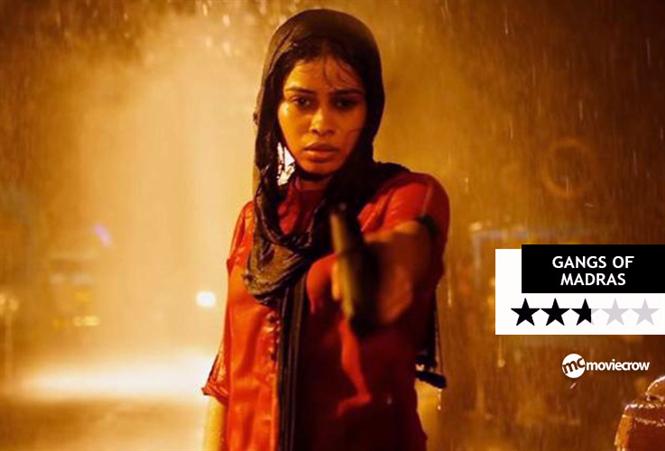 Gangs Of Madras Review - A violent revenge drama that is more intense than affecting!

‘The Axe forgets but the Tree remembers’ is the quote we get at the beginning of Gangs of Madras. But this film is not one of those where a wronged person keeps waiting for the opportune moment to strike back. Instant bloodbath is what Gangs of Madras delivers. CV Kumar doesn’t waste any time and we are straightaway into the world of his protagonist Razia, a young girl who doesn’t think twice before slapping a policeman who hits her. Her philosophy is very simple. You hit back immediately when someone hits you. She doesn’t devote time to think of the repercussions or rather she is willing to face the chain reaction. So what happens when a dear one of her is taken away unscrupulously by the underworld?

The frames have a tinge of red almost throughout. The music is a little overbearing. While I could not go back to any particular movie there certainly was an inspired feel to this film. The music for instance kept giving the heard before feel. Again, while I really cannot point my fingers at one particular scene I did keep feeling that the movie was trying to be showy. While the cold hearted nature of the characters is quite well established and is also aided by decent performances, the intent of these characters is what was not always easily buyable. ‘Lust’ is the root of all the violence in the film but such crucial reveals appear a bit forced to evoke shock. This actually looks to be done on purpose by CV Kumar and he ensures that the film is tightly packed with something always happening. So while we might or might not buy into something happening on screen, we remain engaged.

The violence in the film is a mixed bag. While it achieves its purpose at places, some of it also seems gratuitous and backed by tacky CG. If the intention was to make us uncomfortable then the tacky CG makes no sense and if the tacky CG was to sort of dilute the cruelty then were those scenes really needed?

Bottomline
Gangs Of Madras is a focused revenge drama that remains intense throughout. While it could have been more affecting it definitely delivers what it intended to.
Verdict: 2.75/5 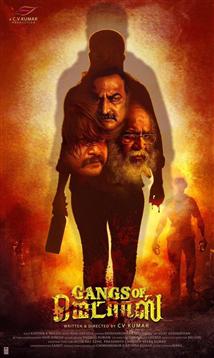