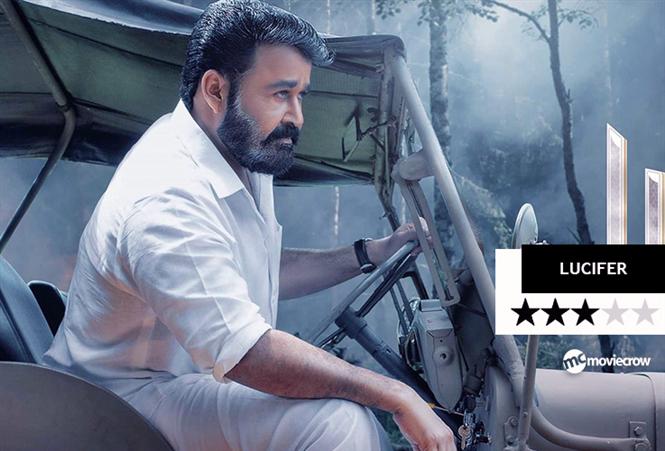 Calling Prithviraj Sukumaran's Lucifer as one of the most keenly awaited Malayalam films in recent times will not really be an understatement. In many ways it is indeed a mammoth film and one that rightly carried the baggage of heavy expectations, from fans of Mohanlal, Prithviraj, film critics and the general Malayalam movie audience. And why not considering the following factors, the film marks Prithviraj Sukumaran’s debut as director, is written by Murali Gopy who has given some wonderful films (and a few mishaps too), features none other than Mohanlal in the lead and has an ensemble cast which is almost like a who’s who list of Malayalam cinema. With such a background involved it was no surprise seeing the film getting a huge release not just in Kerala, but even across the country and internationally on the 28th of March. So what if it was a Thursday instead of Friday and not a holiday either, the film was off to a thunderous start at the box office anyways. So is the hype really worth it? Does the film live up to expectations and turn out to be a good outing for Prithviraj as director?

Well to begin with there’s nothing earthshakingly different about the basic plot of Lucifer. The film begins with chaos in Kerala with the sudden demise of the CM, P.K. Ramadas (Sachin Khedekar). While Ramadas’ daughter Priyadarshini (Manju Warrier) is in mourning, her second husband Bobby/Bimal Nair, a suave businessman tries to indirectly take charge of the political party by promising the much needed funding by going in for a deal with the drug mafia. Bobby decides to use Priyadarshini’s brother, Jatin (Tovino Thomas) as his pawn, projecting him as the political heir to Ramadas. When all this is happening there’s one individual who seems to be the most guarded yet casual of them all, Stephen Nedumpally (Mohanlal), someone whom Ramadas trusted and also a guy with a past that has more than a few missing links. How does the political game unwind from thereon is what we get to see as the tale moves forward.

Murali Gopy seems to have had a clear mandate from Prithviraj, that of keeping the tale simple yet entertaining enough, no wonder this is perhaps his simplest ever subject ever since he began his writing career with Rasikan (2004). But credit goes to both Murali Gopy and Prithviraj for ensuring that the canvas does get to effectively accommodate a plethora of characters, despite some of them not getting much screen time. While Mohanlal has been given some dialogues that are bound to surely find favour with the fans, he is still kept a little restrained. The flourish is there alright, seen not just in the dialogues, action sequences and abundant slow motion shots, but thankfully the character of Stephen Nedumpally itself is not that of a flashy one to indulge in too many excesses. While the run time of 174 minutes might make you wonder if it’s justified, it’s assuring to see that the pacing of the film (editor Samjith Mohammed doing some deft work) is a plus point for the film, thus preventing you from squirming in your seats till the end.

The film has a grey tone of sorts, DOP Sujith Vaassudev’s way of probably trying to give the required grimness and urgency to the tale. While the lack of complexity in the story can be overlooked largely due to the proceedings being engrossing, it is a little perplexing to see Prithviraj playing to the gallery in the 2nd half, be it in the form of his cameo as Zayed Masood or the item number during the climax which is jarring in an otherwise capable effort. The supporting cast includes some good performances from trusted names like Sai Kumar, Baiju and Kalabhavan Shajon, while Saniya Iyappan, Suresh Chandra Menon and veteran filmmaker Fazil also get noticed. Tovino Thomas and Indrajith Sukumaran do not really get much screen time, being seen in roles more befitting to be considered as cameos. Vivek Oberoi is fine as the antagonist, this being one of his better performances in recent times. Manju Warrier this time is not paired romantically against Mohanlal but nevertheless is given prominence and is effective, though not extraordinary.

Mohanlal is nearly pitch- perfect essaying Stephen Nedumpally in his own characteristic fashion. This is nowhere close to his best even if one was to look only among his out and out commercial ventures, but nevertheless it’s a welcome addition to his films with a mass avatar. Prithviraj doesn’t get a smooth ride all the way with his directorial debut, but manages to prove that he can deliver an entertaining commercial film for sure.

With Lucifer we see Prithviraj Sukumaran making a smooth transition from acting to direction, ensuring that he gets to play tribute to Mohanlal by presenting him in a mass avatar that is appealing for both the fans and the general audience. 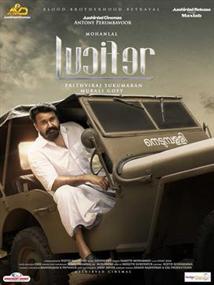