Selva Kumar. J's production venture, Server Sundaram was recently censored with a clean U by the Central Board of Film Certification. Now it has come to our attention that the film is all set to hit theatre screens on September 7, 2017. However an official confirmation from the movie makers is awaited on the same.

Touted to be a comic entertainer, the film is directed by Anand Balki and features Santhanam and Vaibhavi in lead roles. With music by Santosh Narayanan, Server Sundaram is produced by Kenanya Films and has PK Varma for cinematography and Dinesh Ponraj for the edits. Think Music holds the audio rights of this film. 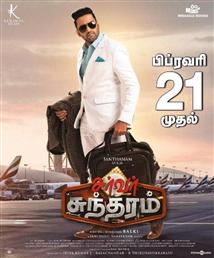