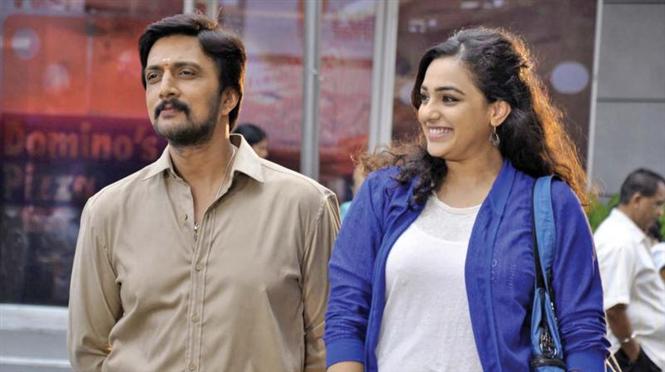 Mudinja Ivana Pudi is an upcoming Tamil- Kannada action bilingual film with KichchaSudeep and NithyaMenon as a lead directed by K S Ravikumar. Imman scores music for this movie and this will be his first direct Kannada film. Let's check out how whether Imman comes out of his soundscape for his Kannada-Tamil bilingual or not.

Essalaama's rhythm structure and middle-eastern tinge in the interludes reminds Imman's own past repertoire, especially from Yennamo Yedho. However, the song is adequately enjoyable due to foot-tapping rhythms and energetic effortless rendition from Vijay Prakash.

Pothavillaye is the typical Ilayaraja'esque melody which Imman aces like a pro in his umpteen number of previous albums and in this song also Imman nails the pleasant tune with fantastic support from Shreya Goshal and Sakthi Amaran. Imman spruces up the tune with enticing elements like jubilant Kazoos solos and brilliant string progressions. Madhan Karky's imaginative lyrics about the inadequate time for the lovers is a winsome one.

Laama Laama is a tedious listen though the frolicsome tune helps the song to a certain extent, as a whole, this song fails to engage the listeners mainly because of heard before feel of the song. Jithin Raj and Shashaa Tripathi's rendition alone unable to salvage this passable song. The only highlight of the track is the enjoyable Nadhaswaram solo in the interlude.

Imman easily scores in the plaintive song Yaavum Needhane which reminds oru kootu kiliyaga, though Satya Prakash did a fine job in rendering this immersive tune, Shankar Mahadevan in its Kannada equivalent renders the song with tad better punch in his vocals, especially in prelude humming. Imman's ambient arrangements with fantastic support from background chorus elevate the feel of the song.

Imman ends the soundtrack on a high with energetic Jazz piece Hello Mister, bolstered by the superlative vocals of Neeti Mohan. Though the background arrangements and tune are strictly confined to the horizons of Jazz and some odd Punjabi elements mix in the first interlude, the end result is adequately enjoyable mainly due to the effectual rendition by the lead singer.

Verdict: Imman continues to do what he does best with this latest Kannada- Tamil bilingual outing also and though the soundtrack does not have anything extraordinary to offer, superlative singers make couple of songs enjoyable. 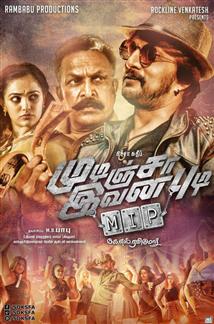