KO 2 Review - Twists with no Thrills 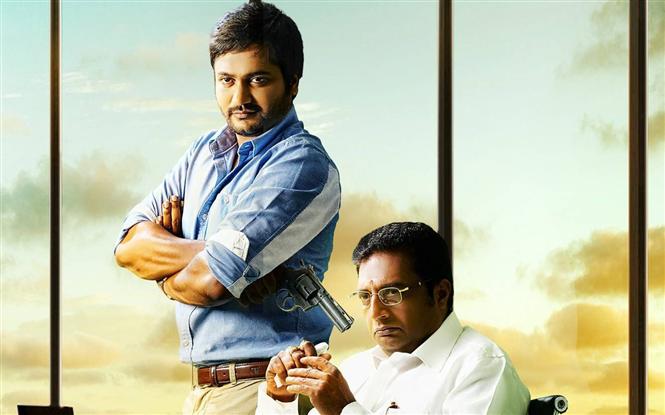 KO 2 Review - Twists with no Thrills

A newsreel somewhere in the movie talks about ‘Siragugal’ and how Prakashraj came back to power very soon. This is the only connection that KO 2 has with KO. A flimsy effort to sell this one as a sequel. This could also be the first time when a remake is being sold off as a part of a franchise. As someone who has not seen Prathinidhi (Telugu) it is unfair to call this a remake. But the synopsis of the Telugu film is precisely what KO 2 is. As a viewer this is a not really an issue compared to the ineptness that we experience through most of the film.

The Chief Minister of the state is held for a ransom. The novelty here is that the ransom is only a tool to uncover certain hidden truths.

The casting does look good on paper. But everyone seems to be sleepwalking on screen. Calling Bobby Simha as a miscast in the film might be an understatement. But to be honest everyone seems disinterested. The film starts off with the kidnap of the Chief Minister and no one even breaks a sweat. The Home Minister, The DGP and the Commissioner of Police get involved in a conference call. But the discussion hardly looks more important than how a group of friends would talk over phone on what movie to catch up in the evening. When everyone toes the same path it becomes difficult to blame the actors. Balasaravanan manages to bring in a few laughs and does seem earnest while Karunakaran in a brief role is the only one who makes any impression.

The film saves a lot of face in the second half. Considering our complete disappointment during intermission this did seem a herculean task. Things do fall in place in this latter half where something keeps happening. The pace certainly helps. The conversation between the leads as the end credits roll also justify some scenes in the first half. These scenes which include an absurd stunt and a boring duet now make complete sense. The dots have been joined but what about the exasperation which we went through watching these play out on screen. The result is like a well disguised googly that happens to be a no-ball!!!

Ko 2 gives us a trying time in the first half and redeems itself to a certain degree in the second half. On the whole this is a film packed with twists but hardly any thrills!!! 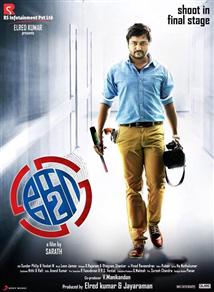