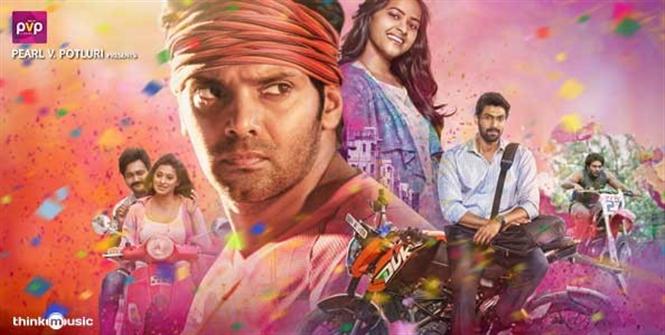 Plot: A phase in the life of 3 cousins.

Anyone familiar with the original would agree that casting is the toughest part of this remake.This is a film that relies too much on performance and the cast have definitely pulled it off. You might still have certain reservations about certain roles being handed over to certain actors. But no one looks completely out of place though they might not ideally fit into it like a jigsaw. Ever since Bobby Simha played 'assault Sethu' we really do not identify him as the innocent youngster anymore. But rewind a little and we have 'Soodhu Kavvum'. As the naive Kannan he makes an impression in Bangalore Naatkal. What is with the moustache though. It looks completely fake in a few scenes. Sridivya is very good in a role that was made memorable by Nazriya. Her own dubbing does add that 'something' to it and makes this a very complete performance. Parvathy reprises her role with consummate ease. Arya and Rana look the part. Their broad frames and good looks do help in camouflaging some limitations in emoting. Just when you though Saranya had played all types of 'motherly' roles this is another dimension and probably a googly.

The essence of Bangalore Naatkal is kept intact and Baskar deserves definite credit for this. This isn't a plot driven film and remaking it is quite dicey. A lot of feel good and emotional sequences is what made Bangalore Days what it was and it is quite a task to recreate the same. While most credit would have to be shared with the original, this film does not look like a lazy remake. Obviously the changes are minimal but when you are to able to connect with the happenings on screen with a different set of actors even after viewing the original you do realize that a lot of thought and work has definitely gone into this film.

A pleasing remake that manages to recreate the essence of the original. A good ride if you haven't watched the original and a decent revisit if otherwise. 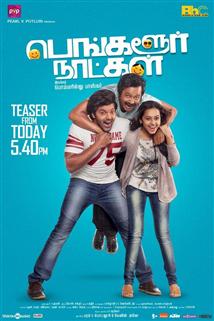