Synopsis/Plot : Karuppasamy, a widowed night watchman, lives with his sister and three nephews Veera, Mani and Murugan at a town in Tamil Nadu. One morning after returning from his shift, he breaks his hip in an accident. While his nephews want him to be treated in town, his son Senthil takes him to his ancestral village, to be healed by a traditional healer. Eight days later, Karuppasamy dies. His mysterious death gets Veera, an activist, suspicious. 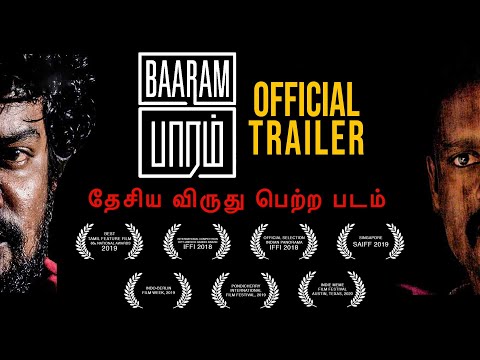 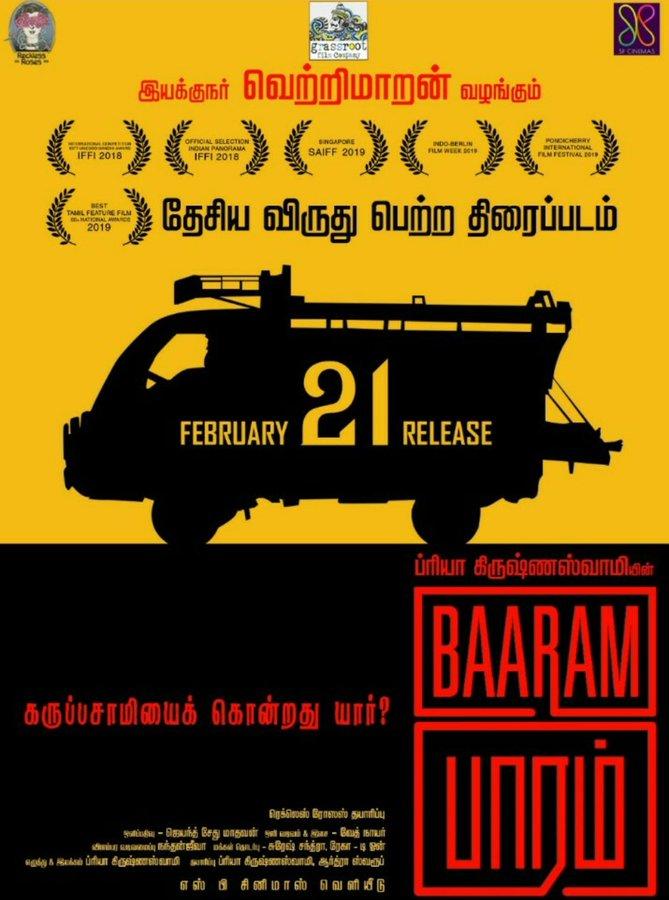 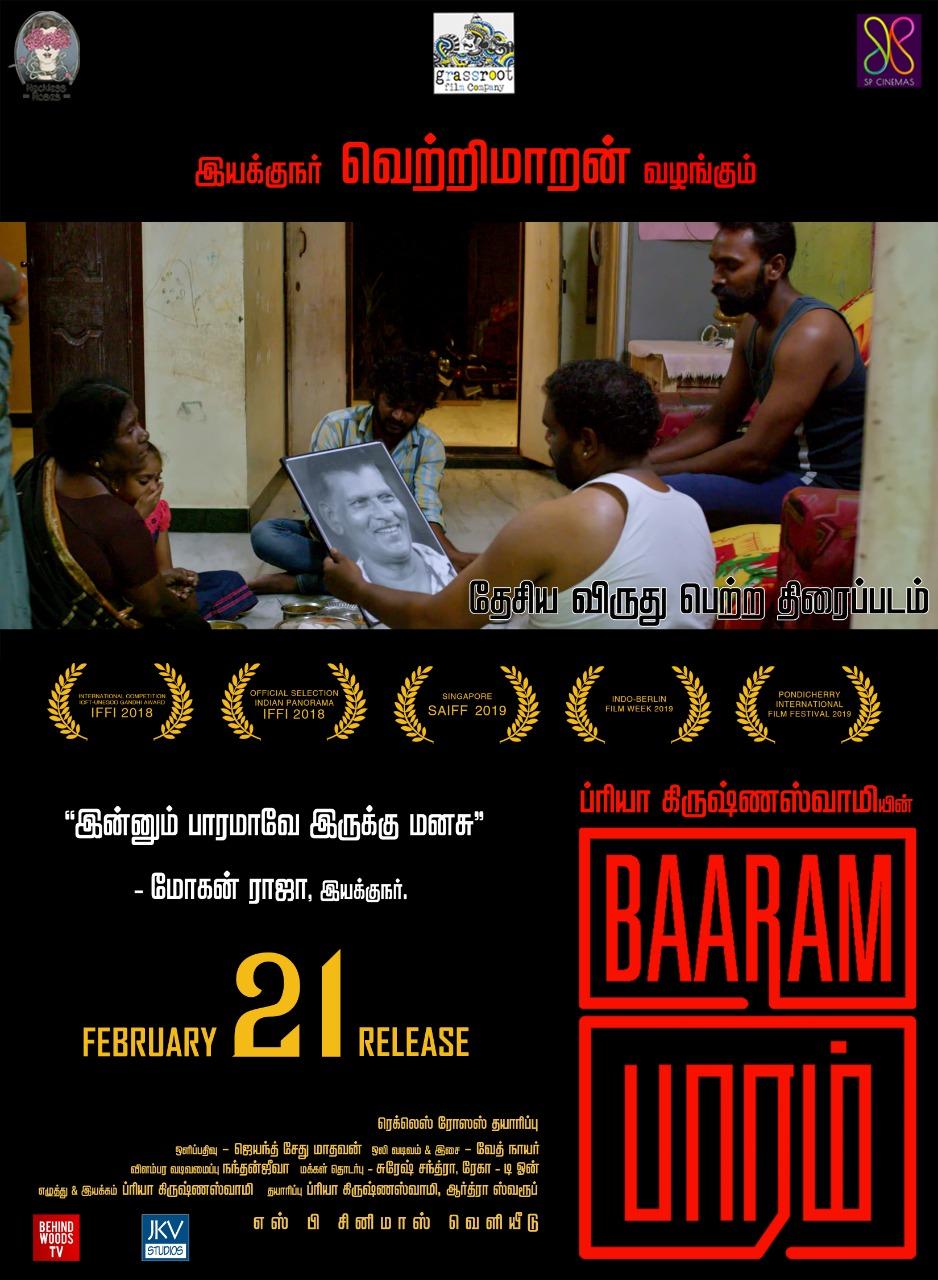 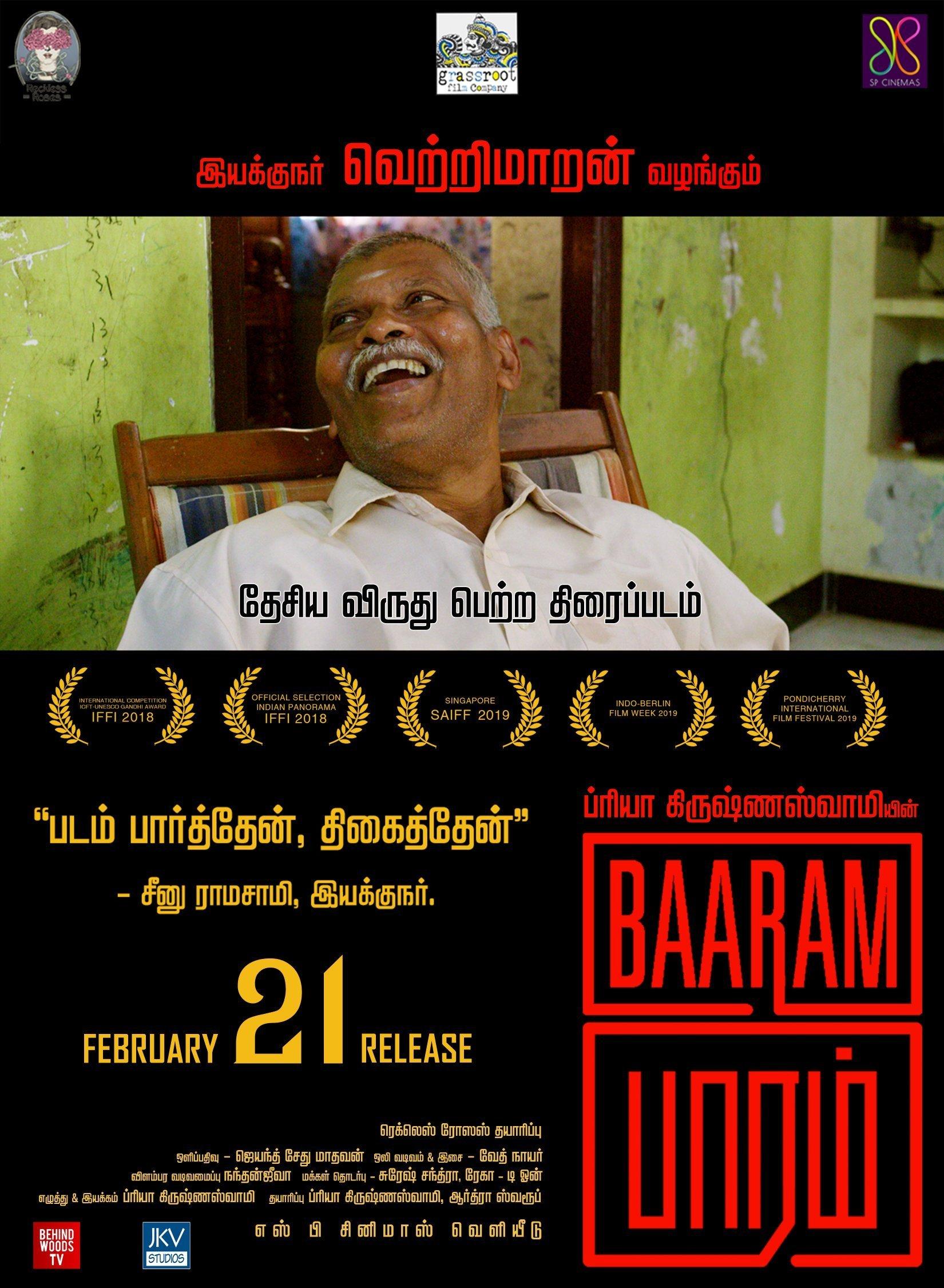 A Gritty Attempt That Proves Its Worth With Brilliance Written All Over It!

Baaram by director Priya Krishnaswamy is that film you get once in many years which deserves to be celebrated for its purity and unadulterated treatment, clubbed with a philosophical layer that questions the ways of our society. Are we still in a very dark time and era where old people cannot feel ...(more)

hard-hitting social drama that questions your actions and thoughts, brutally! Go watch it for the love of cinema!

Baaram will book a memorable place in Tamil cinema, along the lines of Kuttram Kadithal, ToLet, etc. Baaram is a film that has been made for the love of cinema and it needs the support of the Tamil cinema audience.(more)

A melancholic narration that loses grip and shape

Baaram could have been so much more as a film. An efficient example in how to engross the viewer in its narrative technique � weaving simple cinematic shots, exploiting the most basic of film-making and cinematography principles to present a compelling tale that jolts your conscience. I wouldn't dar...(more)

The director keeps her distance. Like a diligent reporter, she is interested in (1) how thalaikoothal is organised, and (2) what you'd do if you knew someone was killed in this manner.(more)

Baaram is a hard-hitting film on a social issue that is rarely spoken about. Try not to miss.

Overall, the film is a hard-hitting one with a strong social message. It has crafty camerawork and soulful music, coupled with some brilliant performances. It is honest, and the intent is right. However, the treatment stops Baaram in its quest of becoming a masterpiece.(more)

Priya Krishnaswamy's film is a shocking take on parricide

Raju plays Karuppasamy. His character is bed-ridden after the accident, and Raju brings out his pain without going over the top.(more)

We would have liked Baaram more if it told the story of people, instead of an issue, Thalaikoothal. Nevertheless, we liked how Priya managed to present the film on her terms.(more)

A Shocking Truth And Many Wonderful Performers

Even the missteps in enunciating dialogues work in their favour and don't seem out of place. The live sound helped enhance the mood of the film, but the music had little effect on the story.(more)